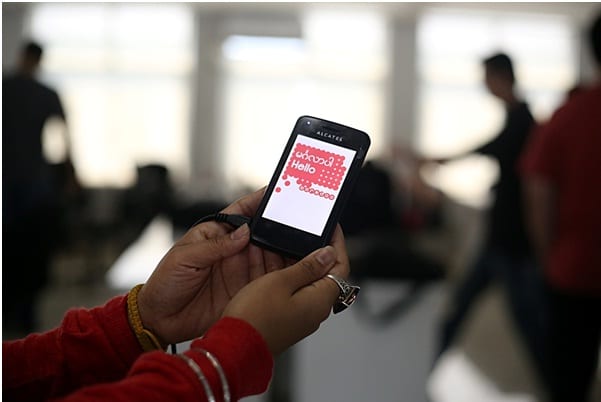 Ooredoo has remained silent on the whether these sales are a part of their official launch timeline.

According to an official press release from Ooredoo, the launch is expected to be sometime in the third quarter of this year. And recently, Ooredoo sales director, U Myint Zaw, told Mizzima, “Our SIM cards are not for sale yet.”

However, Myanmar Business Today has discovered that mobile products dealers in Mandalay and Nay Pyi Taw have already begun selling Ooredoo SIM cards and top-up cards, with prices ranging between K1,500 and K7,000 – far above the officially stated price ceiling of K1,500.

Thiri Kyar Nyo was unable to comment on these sales, saying only, “We are filling up our distribution channels by providing SIM cards and top-ups to dealers.”

She also said that more details would be offered at a press conference in Yangon on Saturday, August 2.

U Pyi Soe Htun, director of the Lu Kyi Min mobile products shop in Mandalay, told Myanmar Business Today that he received a delivery of 800 SIM cards from Ooredoo on Tuesday, and he began selling them the same day. He has set aside 200 SIM cards for individual sales, while he is offering the rest free to customers with the purchased handsets.

U Pyi Soe Htun also explained that Ooredoo does not allow dealers to place additional orders of SIM cards until 80 percent of their original stock has been registered with the provider.

Earlier this year, Ooredoo Myanmar CEO Ross Cormack told the Oxford Business Group, “Working in partnership with other industry partners with proven track records will allow us to provide low cost smartphones and meet the promise to provide SIM cards at a retail price rather than a black market price.”

However, this limited release of SIM cards seems to be making it possible for some dealers to sell significantly above retail price.

Nyi Nyi Zaw, a Mandalay resident, said she bought her Ooredoo SIM card yesterday for K5,000 and saw others for sale for as much as K,7000.

These prices are still well below the current black-market rate for SIM cards offered by state-owned Myanmar Post and Telecommunications (MPT), which can range between K80,000 and K100,000. Outside of the black market, MPT SIM cards are distributed only by lottery.

Many question whether this limited release of SIM cards in Mandalay and Nay Pyi Taw was orchestrated by Ooredoo, and if so, why it was not publicised.

Ooredoo’s silence has led to some speculation that the firm is attempting a “soft launch” in Mandalay in order to test the effect of anti-Muslim sentiments in the city on sales – Ooredoo hails from the Muslim country of Qatar. In June, a group of radical Buddhist monks called for a boycott of non-Buddhist products and services, which some believe is gaining traction.

The availability of affordable SIM cards has been highly anticipated since Qatar’s Ooredoo and Norway’s Telenor won a competitive tender last year to be the first private mobile service providers to enter the Myanmar market alongside MPT, which also plans on releasing its SIM cards for general sale in partnership with Japan’s KDDI.