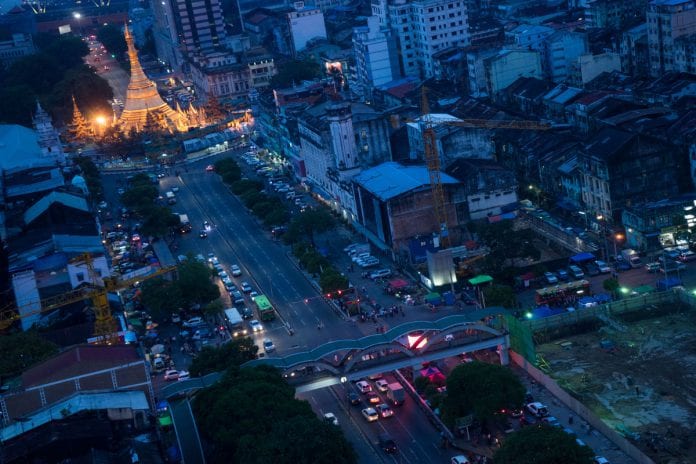 On 1 July 2020, the European Union and six of its member governments announced a moratorium on debt repayments due from Myanmar. The agreement allows Myanmar to ‘focus efforts on economic recovery from COVID-19’ and is worth almost US$100 million — 20 percent of Myanmar’s current debt payments schedule.

Widely reported in the Myanmar press, the gesture is boosting a relationship sorely tested over the atrocities in Rakhine State and elsewhere, and the possibility that EU trade privileges — vital to Myanmar’s fast-growing garment sector — could be withdrawn.

The public health impact of COVID-19 on Myanmar has, in fact, been far milder than predicted. Infection and mortality rates are low, and more or less in line with the country’s peers in Southeast Asia. Despite early estimates that Myanmar could suffer 2 million deaths and 10 times as many infected, by mid-July the country had recorded just six deaths, 341 total confirmed cases and 278 recovered cases.

Given the state of Myanmar’s health administration, these numbers almost certainly understate the true extent of cases. Still, such under-counting is not likely to be of great magnitude. Enquiries by the author with various hospital and health officials (and funeral associations) reveal that Myanmar truly does seem to have escaped the worst of the pandemic so far.

But if the health impact of COVID-19 on Myanmar has been relatively mild, the same cannot be said for the economic damage. Exports, commodity prices, remittances and tourist arrivals were the first to be affected, followed quickly by just about all other sectors of the economy as the government implemented various strict (if necessary) containment measures.

Once predicted to be the second-fastest growing economy in Asia with GDP growth of 6.7 per cent expected in 2020, Myanmar’s economic growth will fall now to just 0.5 per cent. Any comfort from the notion that this is still a positive number is tempered both by the high degree of uncertainty over such estimates, and by the sheer size of the growth reversal.

Non-farm employment is taking a significant hit, with up to 5 million jobs lost. Many of these losses were in the formal economy, with a sizeable number from the critical garment sector. Surveys of small- and medium-sized enterprises (SMEs) suggest around half fear their survival is at risk.

Against the economic damage of COVID-19, Myanmar’s government is moving with (perhaps surprising) speed and policy coherence. It enacted an array of relief measures centred around the US$2.2 billion ‘COVID-19 Economic Relief Plan’ (CERP), the product of key economic reformers within the Ministry of Planning, Finance and Industry and approved by the new Project Bank facility.

Monetary and financial initiatives will include reductions in interest rates, debt rescheduling, new lending programs for SMEs and farmers, prudential requirement forbearance on banks and credit guarantees. The plan will also dramatically increase health expenditure, food, and cash transfers to the most vulnerable and village-based employment programs and accelerate various infrastructure schemes.

Among the more innovative plans is to further stimulate Myanmar’s digital economy — which is already fuelled by high mobile-phone penetration rates — by moving as many government services as possible online. Despite some implementation problems with the CERP, it seems to have been effective in countering what otherwise may have been a near-collapse in aggregate demand.

Financing these recovery measures is challenging. The current government has been extraordinarily successful in repairing Myanmar’s public finances, meaning much of the spending is enabled simply through increased budget allocations. Assisted by government bond and bill markets that are proving surprisingly resilient, modest recourse to central bank funding (while remaining true to the government’s strict timetable on ultimately eliminating such financing) is also smoothing the way.

In addition to the debt relief from the European Union, other sources of international assistance are also playing a role in Myanmar’s recovery financing. Under the Debt Service Suspension Initiative (DSSI) supported by the G20 and Paris Club of creditor nations, Myanmar has been provided with ‘extra’ financial resources amounting to around US$1.2 billion. Myanmar also accessed US$357 million through the IMF’s Rapid Credit Facility — an amount representing 50 per cent of the country’s IMF quota, leaving a further US$357 million still available for draw-down.

Interestingly — both for this moment and the longer-term relationship — China has offered Myanmar little assistance during COVID-19, even as it has applied pressure for approval of various Belt and Road Initiative projects. By far Myanmar’s largest creditor, to date China has been singularly unresponsive to the needs of a country it so often portrays as its ‘little brother’.

Sean Turnell is an Associate Professor at the Department of Economics, Macquarie University. He is also a special economic consultant to the State Counsellor of Myanmar and Director of Research of the Myanmar Development Institute.

This article is part of an EAF special feature series on the novel coronavirus crisis and its impact.
Facebook
Twitter
Pinterest
WhatsApp
Previous articlePrice Floor for 100 Tins of Rice Set at K520,000
Next articleGovt to Provide Low-Interest Loan to Tea Shops and Small Restaurants