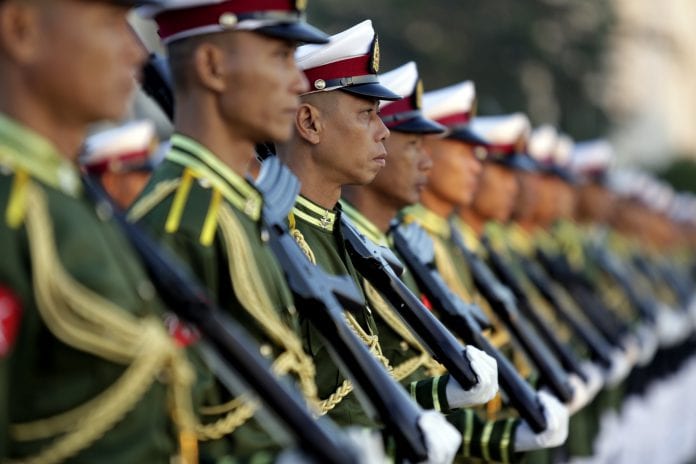 Defence Minister Lieutenant General Wai Lwin has proposed a cut of the defence budget to K2.36 trillion ($2.3 billion) for the fiscal year 2014-15, a 10 percent drop from the previous year.

Wai Lwin’s proposal was made to the two-House Union Parliament session in Nay Pyi Taw.

Meanwhile, the health budget for 2014-15 remains low at 5 percent of the total.

Myanmar gained revenue of more than $16 billion in 2013 and spent $19 billion, producing a deficit of nearly $3 billion.