Despite Flood of Car Imports, Insurance Sold at a Trickle 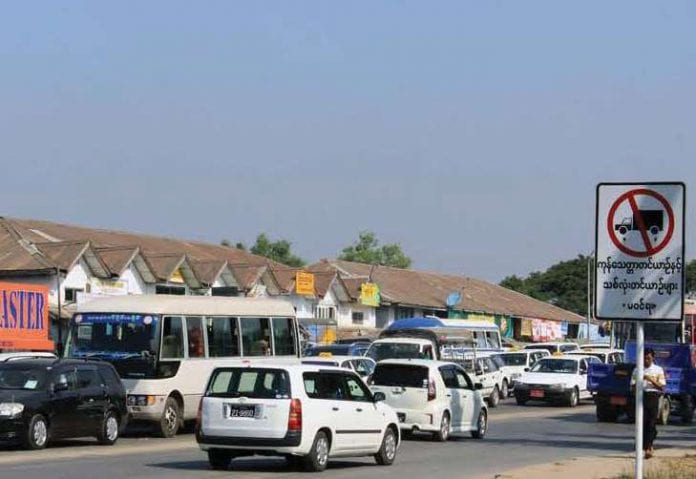 The greater import of cars into Myanmar has made auto insurance increasingly necessary, but only a small minority of cars have insurance so far, according to U Aye Min Thein, managing director of Myanmar Insurance Enterprise (MIE).

In case of accident, those who have insurance can receive compensation, but few locals understand this system, and conflicts often occur after accidents, said U Aye Min Thein, adding that insurance companies need to intervene to stop this from happening, and award money to victims.

“As there are many vehicles on the road, accident occur and conflicts of justice arise almost every day. If one has insurance, compensation would follow if there is anything damaged during accidents. But people do not know about this. So, we provide knowledge and education regarding this by offering information leaflets to general population.

“Now, insured motor vehicles are less than 5 percent of the total [vehicles].”

Nationwide, there are over 640,000 vehicles but only 27,000 are insured. Insurance sources said that compensation can be claimed within 24 hours and monetary compensation of K1.5 million will be given to those injured. Insurance typically costs K80,000 per year for private cars and K160,000 for taxis.