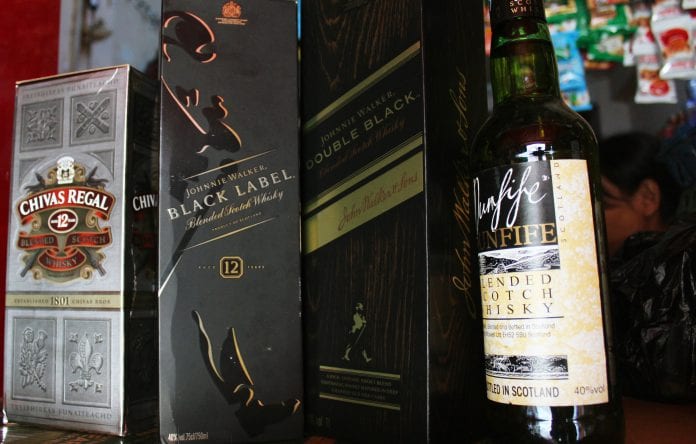 After a quiet campaign against reselling imported foreign alcohol, the government announced an easing of restrictions from the new fiscal year, which starts in April. However, there is still a great deal of uncertainty over the future of the foreign alcohol in Myanmar.

Foreign liquor is still unavailable at supermarkets. The country’s leading chain CityMart said in a statement, “… the MRA (Myanmar Retailers Association) presented to the government information regarding laws and best practices of other countries to assist in the development of a policy for importing and selling such products in Myanmar. For reasons which are unknown to the MRA, as of February 2015, a policy has not yet been implemented. Due to the absence of this policy, several members of the MMRA have decided to stop selling such products in their stores with effect from 21 February 2015.”

May Zin Soe Htet, marketing director of CityMart, told Myanmar Business Today, “We believe, it is very difficult for all retailers at this moment. We want officials to regulate the market properly to fulfil the customer needs. For now, we are not able to do anything and we are disappointed that we can’t fulfil our customer needs.”

However, liquor stores continue to stock foreign alcohol, despite it being ostensibly illegal. The owner of one liquor store franchise who wished to remain anonymous told Myanmar Business Today, “[Supermarkets] are affected by this, but we aren’t concerned. It doesn’t affect us.”

Despite the limited scope of these new restrictions, many in the beverage industry have been spooked at the instability in recent weeks.

Several importers have delayed plans to import into Myanmar, and are looking at alternative solutions despite the recent news of wine imports opening up. One anonymous alcohol importer told Myanmar Business Today that they are considering a shift to importing raw materials into the country and start processing alcohol, although this remains problematic.

Restaurants have also become less forthcoming about the wine they offer, with many declining to speak on the record about their alcohol selections, one Yangon-based restaurant reviewer told Myanmar Business Today. Even wine tastings have been scaled back, with more limited attendance and carefully rationed samples.

There has been increased pressure on the beverage industry from other areas as well. The government has forbid convenience stores from selling alcohol after 10pm, ostensibly in an effort to curtail drugs and crime.

Thailand last year cracked down on alcohol sales by heavily restricting advertising and promotion, a move widely criticized for its perceived effect on the important tourism industry.