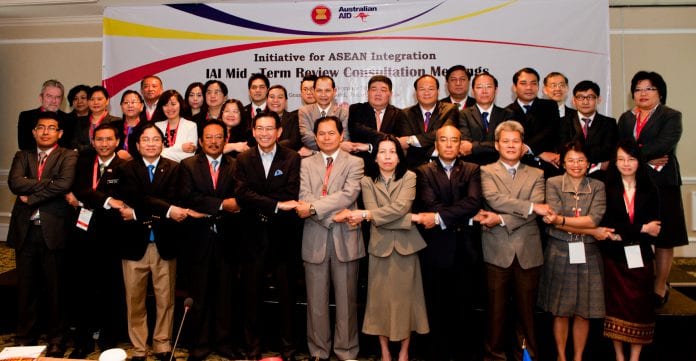 Existing gaps in development in CLMV countries (Cambodia, Laos, Myanmar and Viet Nam) may hinder the plans for the creation of an ASEAN Economic Community (AEC) despite having experienced robust growth for the past 20 years, the ASEAN Secretariat said.

The development gaps may also “hold back progress in regional cooperation efforts in the ASEAN Socio-Cultural and Political-Security communities,” it said.

The findings were revealed at the “Mid-Term Review on the Implementation of the Initiative for ASEAN Integration (IAI) Work Plan II” held in Jakarta recently.

“While we recognise our significant achievements, we shall acknowledge that our task and objective in narrowing the development gaps are huge and challenging. More still need to be done.”

With the support of Australia through the ASEAN-Australia Development Cooperation Program (AADCP II), a team from the Mekong Institute was commissioned to review the IAI Work Plan and assess its current implementation approaches and modalities.

The IAI was launched by the ASEAN leaders at the 4th ASEAN Informal Summit in 2000 to narrow the development divide within ASEAN and to enhance ASEAN’s competitiveness as a region. The leaders during the 22nd ASEAN Summit in 2013 called for a mid-term review (MTR) of the Initiative for ASEAN Integration Work Plan for 2009-2015.

The MTR is expected to be completed in April 2014 and reported to the leaders at the 24th ASEAN Summit in Yangon in May 2014.

Facebook
Twitter
Pinterest
WhatsApp
Previous articleIs There a Russian Super Sale Going on at the Moment?
Next articleTHMA to Hold Business Matching for Thai Hotel Entrepreneurs