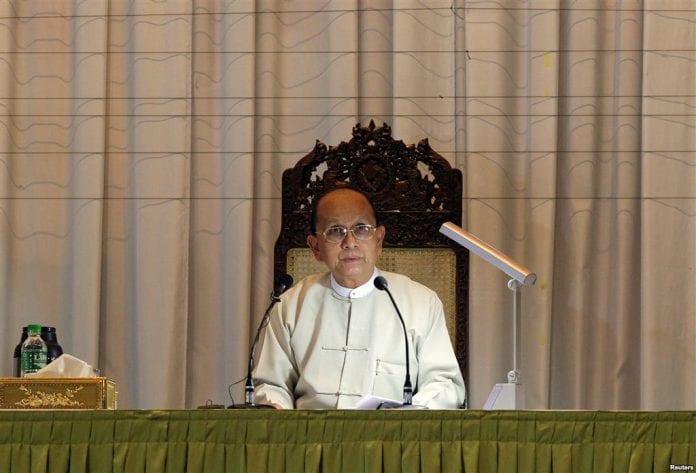 Terming the development partners as “stakeholders” rather than donors, U Thein Sein stressed the need to build mutual trust between the government’s foreign aid management committee and international donors.

He highlighted the importance of the development of strategies and tactics best suited for a local context.

At a meeting of the Central Committee for Foreign Aid in Nay Pyi Taw last week, the president revealed that poverty alleviation and social economic improvement of the rural population that makes up 70 percent of the total are priorities in the government’s development scheme.

Noting that the government has been working on its framework on economic and social reforms for 34 months, U Thein Sein said it has set accessibility of electricity and water, agricultural development, employment, tourism development, monetary sector development and trade and investment as priorities for the last 26 months of the current presidential term.

According to the president, Myanmar will organise the second Myanmar Development Cooperation Forum later this month.