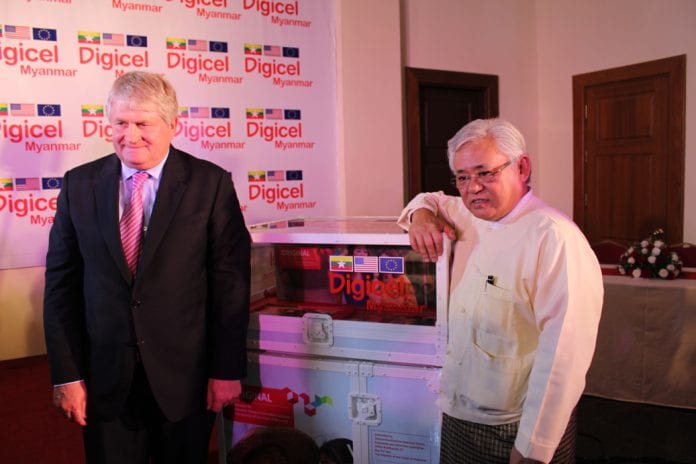 Digicel and YSH Finance, the latter of which comprises Yoma Strategic Holdings and First Myanmar Investment (FMI), last week announced that its consortium, entitled Digicel Asian Holdings, has signed an agreement with Qatar-based telecommunications firm Ooredoo to develop, construct and lease telecommunication towers within the country, as part of Ooredoo’s plans to bring vast telecommunications services to Myanmar.
Digicel was one of a dozen international telecommunications firms vying for a telecommunication license in June this year, but lost out to Ooredoo and Telenor of Norway.
Keen to remain in Myanmar, which offers huge potential in the telecoms industry with an estimated 10 percent of the population having access to mobile phones, Digicel has decided to focus on leasing its towers to maintain an active role in a country where it gained success with its aggressive marketing campaign.
“We are delighted to work with Ooredoo and to help develop a high quality telecommunications network across the Republic of the Union of Myanmar, contribute to the growth of the Myanmar economy and benefit Myanmar citizens across all of the country’s states, regions and union territories,” said Denis O’Brien, chairman of Digicel.
Serge Pun, chairman of Yoma Strategic and FMI, added, “Today’s announcement is a significant step in the economic and social development of the Republic of the Union of Myanmar. We are delighted to play our part in such development and look forward to working closely with the government, authorities, telecommunications operators and other local companies.”