Digital Translation in an Analog Country 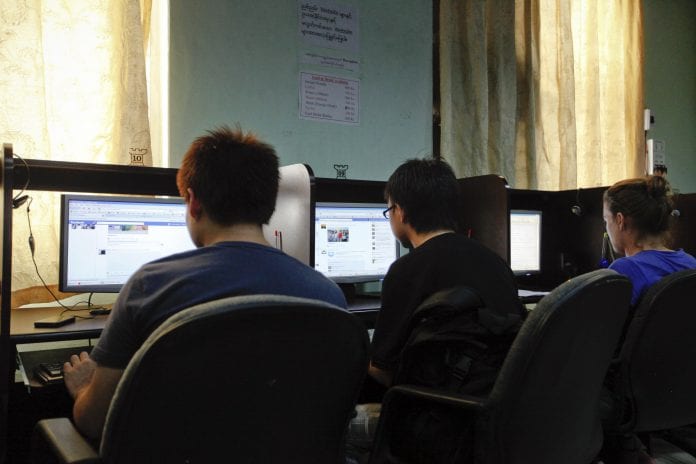 Google introduced its translation service in Myanmar recently, along with 18 other languages this month, from Kazakh to Maori to Malagasy, according to the Google Translate blog.

It is in its first stages; text-to-speech is not yet available, and test translations have produced mixed accuracy. This service, the first serious attempt at machine translation of Myanmar, is a serious step forward for internet access in this country, but is still far from a mature, usable service.

For Google Translate to work there needs to exist a library of translated works available on the internet, part of why it has taken so long to produce this tool for Myanmar language.

Google translate doesn’t know grammar or figure out what a word means when it translates it. Instead, the service searches the web for existing translated documents, and determines the likelihood of each word and phrase matching up.

It has taken so long in an environment where so much is done offline, where this newspaper’s own reporters still occasionally submit a hand-written story, and internet penetration still remains exceptionally low.

The death knell of Zawgyi

In Google’s Asia-Pacific blog, the tech giant announced the language support by saying, “Myanmar, spoken by 33 million native speakers, has been in the works for a long time. It’s a challenging language for automatic translation, from both a language structure and a font encoding perspective. This is why we encourage the use of open standard fonts and therefore only output Myanmar translations in Unicode.”

Zawgyi, the problematic font system for Myanmar language, is still widely used, a holdover from its early-adopter status. However, it is error-prone when displayed on different devices.

Google is the latest web tool to abandon Zawgyi for the international-standard Unicode fonts, but this shift has been happening for some years.

Nyein Chan Wynn, a freelance software developer told Myanmar Business Today, “Web developers and the IT industry are pushing Unicode because it supports minority languages. Zawgyi works currently, but it will eventually be replaced.”

The service currently works well for short words or phrases, things that have been directly translated before many times. Rice is rice and a haircut is a haircut, and if you need to get your belly filled and your sideburns trimmed, Google Translate will prove helpful.

But once you venture off the beaten track, outside three-word phrases and complex issues, Google Translate loses its ability to make sense pretty quickly.

Nyein Chan Wynn explained, “Now, some pages can be automatically translated into Burmese with Google Translate, even though it isn’t very accurate. But if you want a true localised web page, you have to hire a translator.”

And in the rest of the written world, Google Translate will only see its potential when Myanmar seriously comes online.