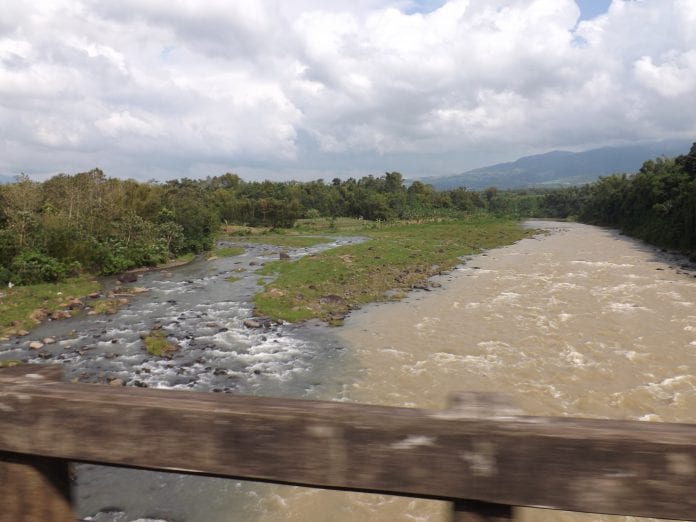 When heavy rain caused the Bago river to break its banks in early August and the government of Myanmar asked WFP to step in, the WFP office in Yangon was short-staffed, but willing to help. Communication Officer Myint Myint Kyu – who used to work in a field office – quickly volunteered to step in to get food to those who lost their homes in the flood. She tells us about the response.

Bago is just a couple of hours drive to the northeast of Yangon, the area is very poor. It was my first time there – most people there are very poor, fishermen or duck farmers or casual labourers who look for manual work wherever they can, for example on a farm or in a rice mill. Some foreign companies also have shoe and clothes factories in this area.

When we got to the area we had to walk through knee-high water to get to the places where people had taken shelter. It was still raining in some areas, and in others the water was so high that colleagues had to take a boat to get to the people.

The first step was to do a quick assessment: we spoke to the flood victims and the local authorities. Everyone had scattered from their villages to take refuge in nearby monasteries or schools that were on higher ground, so we needed to find out how many people needed assistance, and what their situation was like – for example how long they thought they’d have to say in the shelter before being able to return home. On that basis we figured out that more than 5,000 households – about 25,000 people – would need two weeks worth of food.

I asked the people why they didn’t move away – the area is so prone to flooding. They said it was because it’s easy to get jobs here… I asked them why they build their houses so low if there are floods every year, but they told me there is no higher ground. They do build them on stilts but they aren’t high enough, because there’s also a risk of high winds.

The authorities had organised for cooked meals to be distributed, so families had something to eat right away, and they would take the WFP food home to help them get by while they repair their house, clean up, and while it’s difficult to find work. These people are so poor – they didn’t have rice stocks at home, and even if they did it would have been destroyed. The other problem was that people wouldn’t be able to find work again straight away when they got back, because agricultural land was lost and factories were temporarily closed.

To get the food to where it was needed, our logistics colleagues sent it to the main townships, and then the local authorities provided trucks to get it to the shelters. We distributed rice, chickpeas and salt to 25,000 people in two days.  We were proud of our work – especially because quite a few of the colleagues organising the response are usually based in the Yangon office rather than in the field. It’s great to see everyone drop their day job to help in an emergency.

It went very smoothly because the people were very friendly – they asked questions, came and talked to us to understand how it would work, and as a result it was all very orderly. Once we explained the ration size, they measured out the rations themselves to make sure everyone would get their fair share.

What I like about the field operation is to talk to the people and make a difference in their lives. One funny story – the kids in one of the camps asked me what the red animal on the bag of rice was: it was the kangaroo that is the logo of Australian Aid. So I explained to them what a kangaroo is and that Australia had kindly made this donation to help them. I explained that since the donor couldn’t come to give them the food themselves, I would take some photos to show them back in Australia. At first they were a bit shy and afraid of the camera, but eventually they relaxed.     World Food Programme/Thomson Reuters Foundation

Any views expressed in this article are those of the author and not of Thomson Reuters Foundation.