Does It Matter Which Hand We Use? 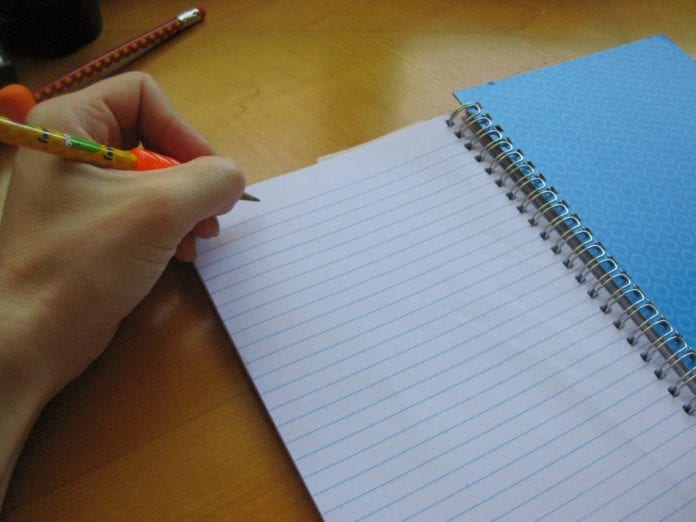 Years ago in China, I was helping a friend’s little brother on an English essay, when my friend said to me in a hushed tone, “Your left hand… don’t write with your left.”

She continued, “He sometimes writes with his left hand. I don’t want him to see you do it, he might think it’s OK.”

In the United States, we take it for granted that we can use either hand. My grandfather had told me stories of being forcibly switched to using his right hand in grade school, and seemed pleased that education had changed to allow me to write with whichever hand was more natural.

Growing up, I was scolded for my slanted handwriting, but I was never encouraged to use my right.

Over the years, I’ve learned to use many tools right handed, such as chainsaws, scissors, can openers, computer mice, and sewing machines. I worked as a carpenter for several summers, and dreaded using some tools, with their safety guards inevitably placed on the wrong side, rendering me clumsy and vulnerable. Still, I found it useful sometimes to hit nails that nobody else could hit, leaning way out to the left side on a ladder, or elbow in a deep corner.

When I left the US, I found that I was regarded as an anomaly throughout Asia, where most people are forced to use their right hand from a young age. I adapted where I needed to, using my right to tear chapattis in South Asia or accept money in China. Locals have been curious about why I used my left hand for just about everything, and a few mentioned various superstitions about me being mentally deficient, a psychopath, good luck, or a genius.

It seems strange that people would be jealous either way, People I’ve met who were switched, seemed perfectly well-adapted to tool use by adulthood. Being allowed to use either hand is regarded as a personal prerogative in the United States, a choice that only we are allowed to make. However, we make that choice by about six years old, too young to understand the consequences of this lifelong decision. In the end, staying left handed and being switched offers the same amount of freedom, and both options have their advantages.

Lefties are better boxers, worse tailors, more likely to be competent artists, but also more likely to injure themselves with a chainsaw. I’m happy to use my left hand, but if I were switched, I feel I would be just as satisfied.