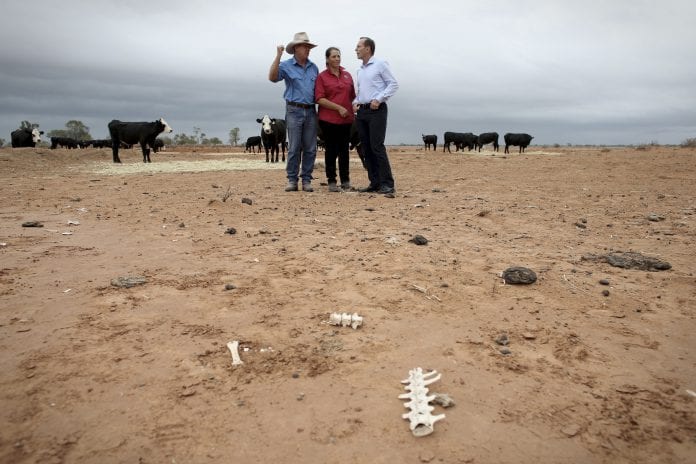 Drought conditions across Australia’s east coast will cut production of key agricultural commodities such as wheat and beef next season and reduce exports, the government’s chief commodities forecaster said.

However, forecasts of a return of dry El Nino weather conditions across the key farming states of Queensland and New South Wales later in 2014 mean the prospects for agricultural production remain uncertain.

Global markets will be watching forecasts of Australia’s crop given concerns over Ukraine tensions disrupting supply from the Black Sea area, one of the world’s key grain exporting regions.

Australian wheat production is forecast to fall 8.2 percent to 24.795 million in the 2014/15 season from 27.013 million tonnes this year as dry conditions curb yields, the Australian Bureau of Agricultural, Resource Economics and Sciences (ABARES) said.

ABARES said the decline in production will come despite a 2 percent increase in acreage planted as yields return to historical average levels due to dry conditions.

The yields assumptions are based on a break in the drought, but with forecasts for more dry conditions across Australia’s east coast, the commodity forecaster acknowledged further cuts to yields are possible.

“It is very difficult to forecast at the moment, it is not just the amount of rain, but also the timing … you don’t need huge amounts of rain in the growth period, it just has to come at the right time,” said Jammie Penm, chief commodity forecaster at ABARES, referring to uncertainty over yields in 2014/15.

Despite the dry conditions, this season’s Australian wheat harvest could be the country’s sixth-largest crop on record. Such a bumper crop could drag on rising US wheat prices.

Australia’s drought was also resulting in record cattle slaughter rates, prompting ABARES to up its forecast for 2013/14 beef exports to 1.15 million tonnes.

Parts of Queensland, Australia’s largest cattle producing state and home to half the national herd, have recorded the driest two years on record.

ABARES said Australia’s national herd will fall to 27.1 million head, the lowest since the 2009/10 season, a year also impacted by drought.

But the following season, 2014/15, ABARES, based on its assumption of a break in the drought, is forecasting cattle farmers will begin to rebuild stock, resulting in a fall in beef exports of nearly 7 percent.