DuPont to Foray into Myanmar 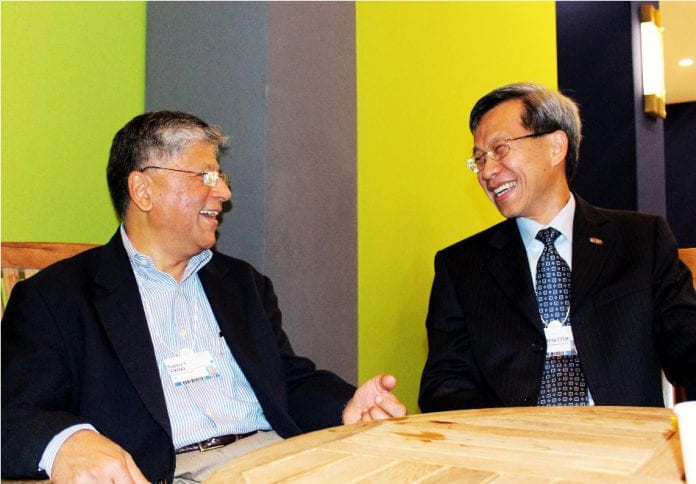 American science and chemical giant DuPont has set its eyes on Myanmar as part of its ASEAN expansion strategy and will open office in the Southeast Asian country this year, a top executive said.

“Our regional team has done a lot of good work to get us started in Myanmar. We are in the process of getting all the government permission and finishing other formalities, and our office will open by the last quarter of this year,” Rajeev A Vaidya, the Delaware-based company’s President of South Asia and ASEAN, told Myanmar Business Today.

“There’s a lot of potential. As we come into Myanmar and we see those opportunities, we would certainly like to be a part of that,” he added.

Emerging markets contributed to 34 percent of DuPont’s sales in 2011 and half the company’s agricultural sales are outside the US. DuPont also spends 5 percent of its revenue in research and development (R&D).

DuPont businesses are organised into five categories, known as marketing “platforms”: electronic and communication technologies, performance materials, coatings and color technologies, safety and protection, and agriculture and nutrition. Agriculture contributes the greatest share of DuPont’s revenue, $10.4 billion last year, up from $9.17 billion in 2011.

While DuPont will “bring all our offerings” in Myanmar, Rajeev said the priority would be agriculture and sustainable energy solutions. “We will offer anything to ensure food security for the Myanmar market. If you look at the development stage of Myanmar, the priority will of course be on agriculture at first. Enhancing the farmers’ livelihood and productivity through technical assistance would be the initial focus,” he explained.

“We will also look at sustainable energy because in a geography like Myanmar there’s always need for sustainable energy like biofuel and solar, and solutions that improve energy efficiency,” Rajeev said. Technologies that help protect people, assets and the environment through improved industrial processes and lowering the carbon foot print will be introduced, he added.

DuPont’s agriculture division makes and sells hybrid seed and genetically modified seed, some of which goes on to become genetically modified food. Rajeev said the company will bring a number of different solutions to the farmers including seeds and crop protection. “These solutions help the farmers to get the most value out of every acre. We not only want to make this solutions available, but we also want to do it in a way that we actually engage the farmer community in the best agronomic practices on using those solutions to create the best outputs.”

The DuPont South Asia and ASEAN President said the company will also invest in educating farmers, and in localising and enabling them to use the technology.

Rajeev said at a World Economic Forum session on agriculture and food security that science can play a critical role in achieving food security solutions. “Over 10 million farmers benefit from our solutions. We are working on how to grow more food with less land, and science-powered solutions is relevant for this approach. Also, science has to be put in the hands of the farmers to empower them. Collaboration will unlock the true potential of science.”

Rajeev said young people should be encouraged to adopt agriculture as a profession, adding that average age of a farmer in Southeast Asia is over 60. However, Rajeev said it’s not going to be an easy challenge to lure young people into agriculture.

“It’s a major challenge. We have to change the way a generation thinks. Is that possible? Yes. Can that be done by DuPont only? No. That’s where the ecosystem of collaboration comes in.”

“That’s a problem we must solve. If we don’t make farming an attractive business for young people it becomes a sustainability issue. A big part of the solution is to actually make farming profitable for small farmers. As that happens, some fundamental building blocks can be put in place through science and in collaboration with the government.”

Hsing Ho, managing director for ASEAN, said in this regard, “There is a great potential to make farming more productive and profitable. Therefore the profitability is on the discussion table and people say who is going to reap the profits. From our perspective, it is about the notion of equitable distribution of wealth.

“If we can bring up the value of creation, we would be able to split those values more equitably with the ones in the value chain, by putting them in the centre. That’s how we create more potential for the younger people to make them more excited about it.”

Hsing Ho said farming is not only about “hard work and sweat.” “It’s about applying the right technology. When farmers’ income goes up it results in more mechanisaiton, thereby increasing productivity. When farming becomes no longer a hard work and more tech-based young people will get encouraged.”

Rajeev said: “There has to be collaboration with the government where the government oragnisations are investing in the infrastructure and simplifying the regulations so that new technology can come in. Farmers, companies, governments and NGOs can work together to create a greater market access.

“The problem is when you look at the whole thing it sounds so big and so complex that nobody wants to touch it. There’s an old Chinese proverb that a thousand-mile journey starts with a single step. So, we just got to start. We’ve heard very positive comments from the government and when we make progress things will continue to fall in place.”