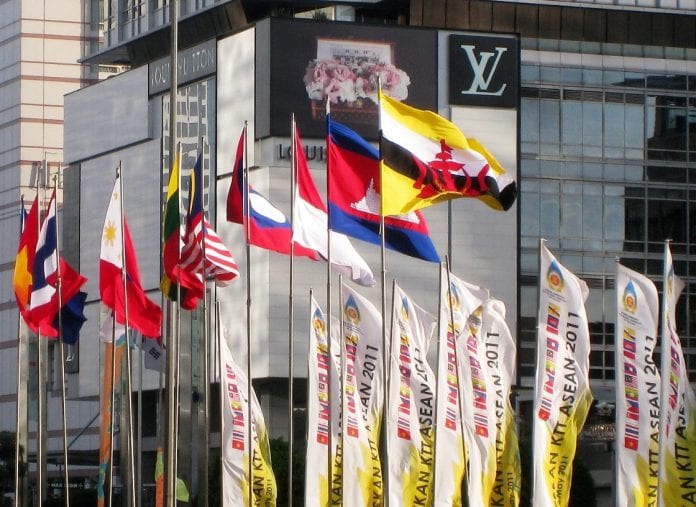 Mah believes China’s outlook is “short term pain, long term gain.” President Xi Jinping has made clear he is looking for more sustainable growth and more inclusive growth and this will necessitate some reconfiguring. For example, geographic diversification of industry within the country means pushing more industry west where labour costs may be cheaper but logistical costs of transporting goods will be higher (than in coastal cities). Also, President Xi Jinping has said he wants to restructure China’s state-owned enterprises (SOEs) but Mah says “they’re not ready to compete” to global standards and this will be a lengthy process. Mah points out that during the global financial crisis in 2008, the Chinese government told the banks to put money into the system which wound up largely in the hands of SOEs and real estate investments, both now areas requiring reforms alongside the non-performing loans (NPLs) situation. This all said, while China will have some lumpiness that will be felt through the region, China’s long-term outlook will be better if President Xi Jinping succeeds with his agenda.

A knock on effect of China-Japan political tensions combined with the Chinese slow-down is that Japanese firms are diversifying away from China as opportunities present themselves. Japanese business that would have previously opened another factory in China are now moving to Vietnam, Thailand, Indonesia and more recently Myanmar. Mah just set up a Deloitte office in Myanmar this year and rapidly recognised they needed one Japanese speaker on staff, then realised that was not enough and now has two.

With manufacturing costs moving higher in China, a number of countries with cheaper labour costs are benefitting: Indonesia, Cambodia, Vietnam, Bangladesh and Myanmar. All of these countries have large populations with young working populations. For skilled labour, this is migrating to Indonesia and then some to the cheaper Vietnam. Bangladesh has predominantly become a garment centre. Myanmar, which is only recently opening up, promises to provide a new centre of cheap labour.

The Trans-Pacific Partnership (TPP) began as a free trade agreement between Brunei, Chile, New Zealand and Singapore. Subsequently, it has broadened with Australia, Canada, Japan, Malaysia, Mexico, Peru, Vietnam and the United States joining at the negotiating table. With at least another eight countries expressing interest, the TPP has the potential to become a broad free trade agreement between many countries. However the question remains how long it will take to complete. While much has been made of China not being a party to TPP negotiations, Mah thinks (a) China already has trade agreements with ASEAN countries that will give it a backdoor into the TPP trade arena and (b) that if the TPP is in fact established and effective that China will push for and gain inclusion.

The ASEAN Economic Community (AEC) aims to emulate the successes of the European Union’s aspects of free trade and closer relationships while avoiding the pitfalls of the European Union such as a common currency. The AEC will include the ten ASEAN countries of Brunei, Cambodia, Indonesia, Laos, Malaysia, Myanmar, Philippines, Singapore, Thailand and Vietnam. The target date to launch this community is December 31, 2015. While Mah thinks they may not get everything in place by then they had hoped, there should be at least one or two pieces of the economic community plan in place by then to launch. This will create a community of about 600 million people, about 100 million people larger than the EU or approximately half of the population of either China or India. Mah foresees this becoming a “very powerful economic area” that should benefit all member-states.

Concerns were expressed earlier in the day at Milken Institute Global Conference that the low rate environment in global credit markets has covered up the need for economic reforms in emerging economies. Mah makes a counterpoint to this that the level of corporate debt in Asia today is less than immediately preceding the 1997 Asian financial crisis. From the standpoint of public debt, Mah would see points of concern in countries that have public debt that is 50 percent of GDP or greater such as is found in Vietnam, Malaysia, India, the Philippines and Japan. Mah sees Singapore, Hong Kong, China and Indonesia among those on secure footing with low debt to GDP ratios.

Vietnam presents a special case. Mah flatly states the NPL situation in Vietnam is far more serious than that of China. The government of Vietnam has admitted that it did mismanage its economy and has been making efforts to fix things. While it looks like Vietnam may be turning a corner after a challenging period, the overhang of the NPLs is still in play and remains insufficiently resolved by the government.

The IMF projects that developing Asia is the region that will have the fastest GDP growth over the coming five years. The three economies Mah has the most positive outlook for in the region are the Philippines, Indonesia and Myanmar. Mah was recently in the Philippines and came away noting people there are bullish and feel very good about where the economy is going. The Philippines GDP grew 7 percent last year and Mah sees the potential for the Philippines to regains its status as an economic hub if they can “fix their politics.” Indonesia’s promise is a large middle-income young population in a country of 250 million people with 5 percent GDP growth. Mah acknowledges that Myanmar is a higher risk higher reward prospect. In Myanmar much hinges on the results of next year’s elections. Mah foresees political risk both if Aung San Suu Kyi’s party wins or loses. If she loses, there will be disappointment from the west. If she wins, it is unclear that there is enough depth in her party to be able to run the country.

As a composite view of a region with varying degrees of stability, Mah makes a case that the strength across Asia may now be seated in the ASEAN countries that geographically sit between India and China. Prospectively, there is the underlying case that the Asian region is in a stronger position to withstand future shocks because the heritage of the 1997 Asian financial crisis has been taken to heart. The AEC and TPP may both provide economic boosts to the region in the intermediate term that compound over time.     Forbes