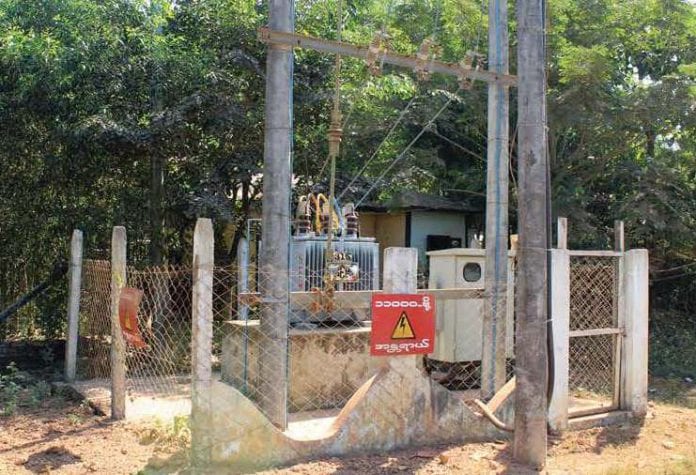 The Yangon Electricity Supply Board (YESB) has started installation of 517 new electrical transformers in four districts of Yangon to prevent blackouts in the upcoming summer, an official said.

The new transformers will be completely installed by February if all goes according to plan. The intent is to have them fully operational by the start of the hot season in March, said U Khin Yu Zaw, deputy chief engineer of the YESB.

YESB will install transformers between 100 and 315 kilovolt amperes (KVA) capacity. A total of 157 transformers will be installed in the east administration district, 102 in the west, 80 in the greater downtown area and 178 in the north district.

“In addition to transformers, new power lines will also be installed. The process has already started in some townships, while others are still in the planning stage. The aim is to ensure continuous and stable electrical supply to the public during the hot season,” U Khin Yu Zaw said.

Electricity consumption in Yangon region has been rising by 20 percent on an average since 2012 amid a surge in economic activity in Myanmar’s commercial hub, according to local media reports. YESB has been struggling to regularly install new transformers and peer lines to keep up with the demand.

The hot season leads to may power outages due to the increased use of air conditioning. This is worsened by weak water flow leading to a decrease in output from hydropower stations, which account for about 70 percent of Myanmar’s electricity.