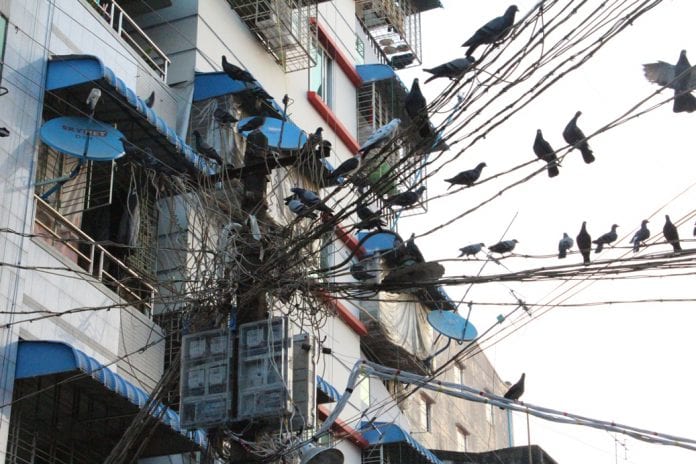 Industrial leaders have blamed insufficient electricity during the summer as the main problem for the development of local industrial zones, and said that it is important to resolve the issue before Myanmar’s entrance into the ASEAN Economic Community (AEC) in 2015.

Despite the cheap price of electricity, business owners are facing challenges to their businesses as there are frequent electricity cuts, especially in May and June.

Electricity may become the main problem for local industries against competition with other regional markets in AEC in 2015. “It is impossible to compete in the AEC without sufficient electricity,” said an SME owner from South Dagon Industrial Zone.

About seventy percent of Myanmar’s electricity production is reliant on hydropower. But as there are water shortages in summer, the Ministry of Electricity is currently preparing to produce electricity using gas turbine plants.

“The construction of gas turbine plants is quite fast. But where is the gas? The public are not willing to accept a rise in the cost of electricity. The current price of electricity is quite economical with hydropower but with gas turbines the price will more than double. We have already granted licence to local private companies, but it will be better with foreign investment. But as the cost of electricity is quite low for local companies, they are not willing to invest,” said an official from the Ministry of Electric Power.

Early in 2014, Japan International Cooperation Agency and the Asia Development Bank collaborated and drew up a National Electricity Policy (2015-30) to electrify the whole country. The draft is currently in its final stage and they will submit it to the president after the final draft.

In addition to electricity, access to pure water is another issue for industries.

“Only 35 percent of the industries in Hlaing Tharyar industrial zone can obtain water. For the past eight years, the rest of the 65 percent are running without access to the purified water,” said U Myat Thinn Aung, the chairman of the zone.

As purified water is essential to produce quality products, companies unilaterally buy clean water from the nearby Phuu Gyi Dam, but currently the total availability of clean water for all industries in the zone is insufficient, he added.