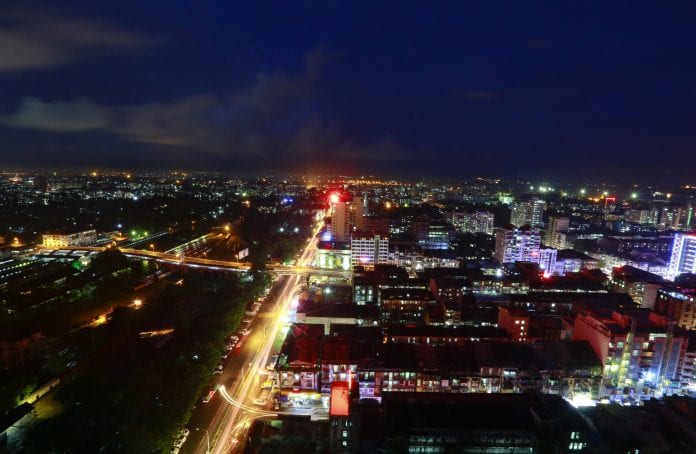 The Yangon City Electricity Supply Board (YESB) increased electricity prices for the first time in almost two years by more than 40 percent in an attempt to allay rising power generation costs, it said in a public announcement last week.

Besides covering costs, the move also eyes to cut down “purchasing cost of electricity to a certain extent,” YESB said.

While there has been a massive public backlash against the decision, experts said the move was necessary to minimise the government’s burden of huge electricity subsidies, which could amount to almost 1 percent of Myanmar’s GDP, and also a promising sign for the would-be foreign investors in the power sector.

Nomita Nair, partner at UK-based law firm Berwin Leighton Paisner (BLP) and part of the team leading BLP’s Myanmar Practice, told Myanmar Business Today, “It is inevitable that a rise in electricity prices could trigger a public outcry. However, end users need to consider the real cost of electricity generation and the enormous investment that is required to upgrade existing crumbling infrastructure and to add new capacity.”

According to the YESB announcement, the electricity price for public household will remain unchanged at K35 (3.6 cents) per unit of consumption up to 100 units. Consumption above 100 units will be charged K50 (5.15 cents), which was K35 before.

The charge for public industry and enterprises will also remain unchanged at K100 (10.3 cents) per unit up to 5,000 units. Charge for consumption above 5,000 units was revised to K150 (15.4 cents) per unit, which was previously K75 (7.7 cents). The electricity prices for government departments will be K50 per unit for office use, and K100 for state industrial use.

The revised prices will be effective from November, YESB said. The existing prices, which are two times more than those charged in 2006, were in effect since January last year.

The announcement of the price hike raised some concerns and the local media went as far as accusing the government of only considering the interests and profits of private companies.

“In Myanmar, the lack of investment over the years has compounded the problem and creates a situation for some where the options are having no access to electricity or resorting to expensive diesel generators,” said Nomita, who specialises in international project finance transactions, especially within the energy sector.

“If costs are not passed through to the end-user, they are in effect being subsidised by the government and this may not be sustainable.”

Nomita said in any economy, the authorities are constantly balancing energy security, affordability and environmental sustainability. “Appropriate pricing of end-user tariffs should be combined with a strong electricity regulator and comprehensive legislative framework in order to stimulate increased and long-term investment into this vital sector.”

Allen Himes, managing director of Indigo Energy, an energy firm which is involved in various projects in Myanmar, told Myanmar Business Today that this rise in prices is “a necessary, if unpleasant, step needed in the development of Myanmar’s electricity sector.”

“I think the government has been quite reasonable in raising the rates in a graduated way, protecting the low-income users.”

“As for the industrial users, they will still be paying less per unit of electricity than they do with diesel generators while the government is getting closer to cost recovery.

“Most developed countries price their electricity around the cost of production which is still higher than what Burmese users will be paying,” he said.

Nomita wrote in an expert legal insight article that there is a tendency to link the opening of the economy and the country to foreign investment with increases in the general cost of living, a view that seems to be especially held by SMEs which constitute over 90 percent of Myanmar businesses.

“The fact that the Myanmar authorities are willing to go ahead with this increase should be a positive sign to independent power projects (IPP) developers,” she wrote.

However, the legislative framework governing electricity tariff, regulation, generation, transmission and distribution is undergoing review and a new electricity law is still being considered by the parliament. The new law is expected to be promulgated in March 2014 and some IPP developers may prefer to wait for this to happen before committing any significant investment, Nomita wrote.

Meanwhile, amid criticism, the Myanmar government defended its decision and said it will not drop its announced hike in electricity prices. “We will not drop the prices. The new price is effective from November, but people will actually pay the bills in December. So, we informed people one month in advance,” Khin Maung Soe, minister for electric power, told reporters after a parliamentary meeting on Wednesday last week.

The minister said the government did consider the public while raising prices. “Working and middle-class people in Myanmar use less than 100 units of electricity, according to our study. They will be charged at the usual rate of K35. According to our survey, 70 percent of the population uses under 100 units.

“All the small and medium enterprises are using under 5,000 units, they are charged only K100 per unit. Only the large businesses using over 5,000 units will be charged at K150.”

U Maung Htwe, a taxi driver from South Okallapa township, said the price hike is going to add to his day to day worries. “I think all the low-income families will suffer. How will they pay extra for electricity when prices of everything are also rising?”

Ko Tin Naing from Tamwe township, who uses on an average 250 units of electricity a month due to running a personal computer and other appliances, said the move will hurt the poor. “It’s not a good situation. I think the government didn’t make a good decision.”

According to 2012 statistics, electricity consumption in Myanmar was 1,555 megawatts (MW), of which Yangon consumed about 667MW. Among the total consumption of electricity in Yangon region, public consumption made up 295MW, industrial and business enterprises 123MW and hospitals, government departments and high schools consumed 109MW.

The minister added that the prices will be reviewed every year, and if the production cost goes down, prices will follow suit. There will be more price hikes in case the production costs rise, he added. However, he said he doesn’t see the price rising in the near future, and hoped that the government will be able to reduce the prices when Myanmar has more gas turbines and hydropower within a year.