Emerging Myanmar Aims to Catch Up to Its Neighbours 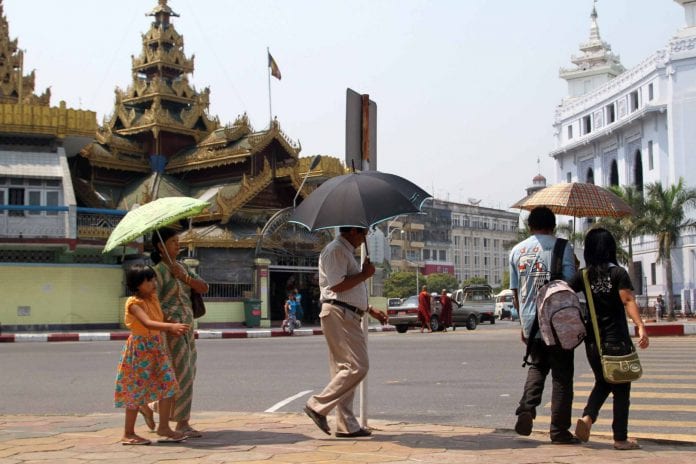 In her bare-bones classroom, Daw Myat Marlar makes a wish for her young students from Myanmar’s densely populated but energy-starved Ayeyarwady Delta. “I want them to be educated so they have more opportunities, and life won’t be as hard for them as it is now.”

Marlar’s wish reflects an evolving belief that a better future is possible in Myanmar. Since 2011, a wave of political and economic reforms has begun to change Myanmar and initiate its transition from conflict to peace, from a military government to a democracy, and from a closed to an open economy.

“Expanding access to electricity in a country like Myanmar can help transform a society – children will be able to study at night, shops will stay open, and health clinics will have lights and energy to power life-saving technology. Electricity helps bring an end to poverty,” said Kim, on his first visit to the country on January 26.

Myanmar, also known as Burma, is one of the poorest countries in East Asia. About 70 percent of Myanmar’s population – about 40 million people – lives off-grid.  Blackouts, brownouts, and rationing are common among those who have access. A very small percentage of the national GDP has been spent on education and health care, and some 32 percent of children under five suffer from malnutrition. The country is ranked 182nd out of 189 economies on the ease of doing business.

But Myanmar is trying to turn things around. Economic growth was 6.5 percent last year as gas production, services, construction, and commodity exports rose. The country is expected to grow at a 6.8 percent rate this year. The government is working with the international community, including the World Bank Group, to improve infrastructure, education, health care, and the business climate.

“The country is in a hurry to catch up to its neighbours,” including India, China, and other high-growth emerging nations, says Kanthan Shankar, the World Bank’s country manager in Myanmar. “There is a lot to do.”

In the 18 months since the World Bank Group opened an office in Myanmar, it has started two projects and has several in the pipeline, he says.  The Bank Group is combining finance from its fund for the poorest countries, the International Development Association, with efforts to stimulate the private sector and encourage investment by offering political risk insurance.

The fund for the poorest will provide $200 million to help Myanmar achieve universal health coverage by 2030. The funding will increase access to essential health services for women and children and help to remove out-of-pocket payments as a barrier to health care for the poorest people.  Another $80 million in grants are already helping people in rural communities invest in schools, roads, water and other projects. Other pending projects include: $31.5 million to expand access to telecommunications in rural areas; $30 million to support modernisation of the country’s public financial management systems; and $60 million to expand a government program providing grants to schools and poor students.

To increase energy access, the Bank is financing a $140 million project to modernise and expand an electric power plant in Mon State. The revamped plant will produce 250 percent more electricity with the same amount of gas, with the increased capacity benefiting areas around cities and the national grid.

Longer term, a national electrification strategy, backed by the Sustainable Energy for All Initiative, will guide delivery of reliable, affordable, and sustainable electricity services to the population of around 60 million. In rural areas, the strategy probably will include a mix of on-grid and off-grid energy and renewables such as wind power, says Shankar.

IFC, the arm of the Bank Group focused on the private sector, has invested $2 million for microfinance loans supporting about 200,000 micro and small businesses, mostly run by women, and is helping three other institutions build the capacity to offer such financing. The investment is part of an overall effort to stimulate entrepreneurship and bring private investment to sustainably develop key sectors like telecom and energy that could help close the poverty gap.

“It’s about providing essential, basic services to the people of Myanmar,” says Vikram Kumar, IFC’s resident representative in Myanmar, of IFC’s role. “If small and medium enterprises have more power available to operate throughout the day, they’re improving their competitiveness and contributing to job creation – which is what we focus on and fundamental to the goals of ending poverty and promoting shared prosperity.”

IFC is advising the Myanmar Ministry of Electric Power on partnering with the private sector to generate and distribute power, with the goal of creating a basic framework for agreements. In telecom, recent regulatory reform is easing the way for investors to participate in the sector. Over the next five years, Myanmar has a “massive opportunity” to learn from the experience of other countries to develop a mobile-banking sector that would greatly increase access to finance, says Kumar.

As of December 2013, previously wary investors whose financing is badly needed to develop the private sector and fuel reform can gain political risk insurance from the Bank Group’s Multilateral Investment Guarantee Agency.

“The people of Myanmar are eagerly looking forward to the reform dividend, and satisfying those aspirations will be the government’s challenge and opportunity,” says Shankar. WB