Emerging Opportunities in The Last Frontier 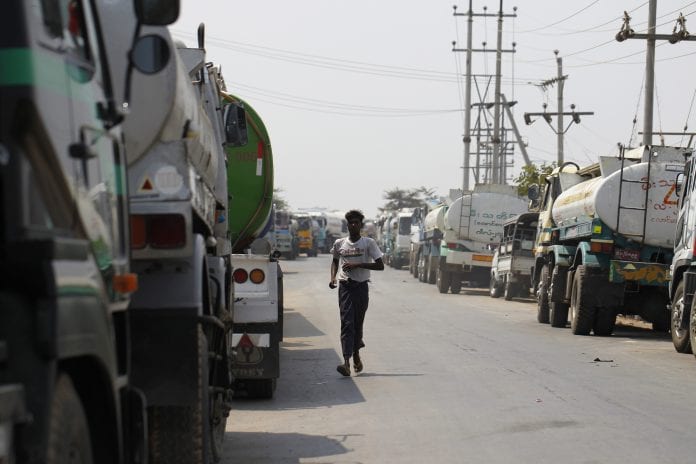 I recently facilitated a delegation of representatives from major Australian companies Woodside Energy, McConnell Dowell and Aurecon to Myanmar.

We travelled to the country’s former capital, Yangon, as part of the Australia-Myanmar Chamber of Commerce’s Industry Skills Program to share Australian industry best practices in port and marine infrastructure projects with Myanmar academics, professionals and industry bodies.

What was most encouraging about our visit was seeing Australian professionals not only sharing their experience and expertise with their Myanmar counterparts, but also building relationships and friendships as a foundation for much closer ties between the two countries in the future.  As someone who was born in Myanmar and now lives in Australia – I moved to Sydney when I was 12 – this is something I very much look forward to.

Myanmar is an emerging market in every sense of the word. It has largely been isolated from the international community for many decades and was therefore bypassed in the globalisation of the world economies. It used to be said that when you land at the airport in Yangon, you have to wind your watch back by decades as it was a city frozen in time, with limited access to many of the technological advances of the 21st century. Now, all of this is changing rapidly, with the country implementing major political and economic reforms over the last few years, resulting in Myanmar re-entering the global stage.

Myanmar is now offering a world of fresh opportunities, attracting foreign corporations and agencies eager to invest in the country’s energy and resources, telecommunications, financial services, manufacturing and infrastructure sectors.  It’s very rare that you see a country of more than 60 million people suddenly open up to the world, offering an enormous labour force and consumer market.

A little done, more to do

But in order to make the most of these opportunities, Myanmar now needs to focus on developing its economy and rebuilding its financial, legal and physical infrastructure in a way that promotes inclusive growth for the majority of its citizens. Developing a skilled workforce capable of handling the country’s transition to the global economy is one of the main priorities and challenges facing the Myanmar government.

And there is much work to be done. In particular, many international companies now looking at Myanmar as a potential investment destination are finding that decades of under-investment and isolation have led to a shortage of skilled labour and professionals with international exposure, often making it hard for them to do business in the country. It’s for this reason that the Australia-Myanmar Chamber of Commerce developed the Industry Skills Program.

The seminars provide an invaluable opportunity for Australian companies to share Australian industry expertise at its best – world-class expertise, a strong can-do attitude and ability to have a good laugh at ourselves (which resonates well with the Myanmar culture of hospitality and humour). In return, the program offers Australian companies the opportunity to develop important relationships and country knowledge necessary to do business in Myanmar.

The three companies in the delegation are seeking not only to invest and explore opportunities offered by Myanmar’s recent transition, but also to assist with the task of re-building the country and re-skilling its workforce. Without a doubt, this foreign investment and sharing of skills is critical to Myanmar’s economic development and growth. And I believe there is no country better positioned than Australia to share its experience in key industries such as natural resources, infrastructure and agriculture, and assist Myanmar with its development priorities.

This delegation highlighted the role that Australian corporations can play in shaping Australia’s position in the Asian Century. Sharing our well-recognised industry expertise and best practices, while assisting with industry development needs of our regional neighbours, is an effective way of exporting Australia to our region and building closer ties with the our neighbours. It is also a point that has often been overlooked in our country’s high-profile discussions on the Asian Century.

Economic engagement is not just about investing and trading with our region; it’s also about corporate Australia committing to the region and sharing its experience and expertise, particularly in countries and sectors that need it most. The experience of the recent Australian delegation to Myanmar indicates that this may well be a winning formula for Australia Inc.

Melinda Tun is a senior associate in the corporate practice at Baker& McKenzie and a founder of the Australia-Myanmar Chamber of Commerce. The article was first published in Lawyers Weekly and has been republished with the author's permission.