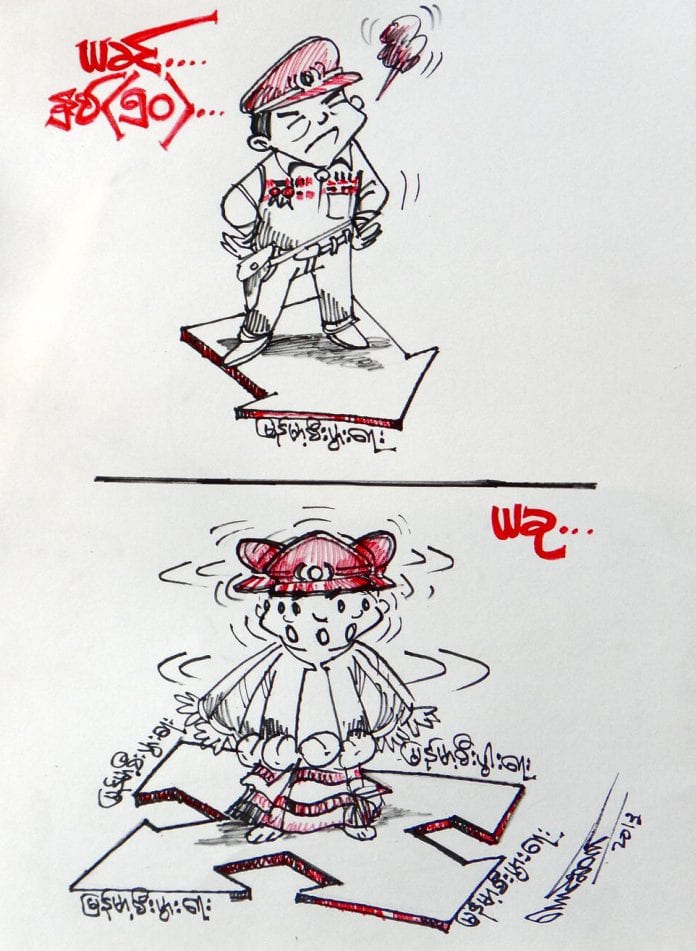 Dr Thet Thet Khine, vice president of Myanmar Women’s Entrepreneur Association, warned if government staff continue receiving minimal wages – many government wages are less than $100 per month – then it is likely that they will continue to court extra money.

“Good service is worth paying for, and the government has to start paying their employees enough for their survival or they will charge additional fees to conduct business,” said Thet Thet Khine, who is also director of Victorious Gems.

Dr Maung Aung, a consultant for the Ministry of Commerce, said despite some issues – a recent World Bank warned that inflation in Myanmar is greater than economic growth – the country’s economy has improved since the country began its transition towards democracy in 2011.

Comparing the economy to a patient taking medicine when they are ill, Dr Maung Aung said, “The low rating is due to the previous system, but now that medicine has been taken, things will start to improve.”

Despite the improvement, Dominique Causse, head of economic services at the French Embassy in Yangon, warned that Myanmar could and should not expect its economy to grow too quickly, due to the risk of the economy “overheating.”

“Myanmar needs to take time to develop and any heavy rush of investment will risk overheating in the economy, which has already been demonstrated by the soaring real estate prices,” Causse said.

Aung Naing Oo, director general of the Directorate of Investment and Company Administration (DICA) and an entrepreneur, said he was optimistic about the country’s economy and that the government had launched a scheme aimed at reducing poverty in the country, without providing further details on the scheme.

However, journalist Soe Thi Ha, who works for Pyi Myanmar Journal, said he had seen little positive impact on the general population since the reforms began, adding that the only people benefiting from the reform were those giving out loans.

Daw Khin Thawda Win, from the Ministry of Industry, said the government is working towards a solution for trade imbalance. But resources are currently limited so this will take time, she added.

Dr Maung Aung, speaking of the high level of potential from Myanmar’s agricultural industry, said the country should focus on an agriculture-based solution. However, Ohn Mar Yee, a farmer, said the farmers are not seeing any impact of the reforms and while already-rich farmers are thriving many still live under extreme poverty or are in huge debt.