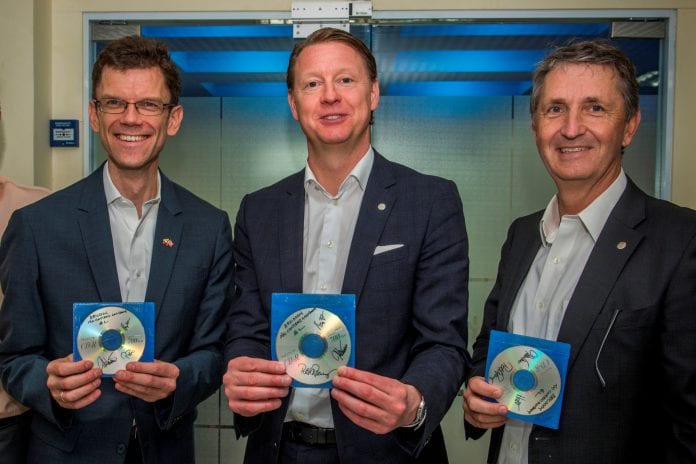 Amid a slew of political and economic reforms, Myanmar in June last year awarded telecommunications licences to Qatar’s Ooredoo and Norway’s Telenor, while the licences became officially effective in February.

Telenor said its network, comprising 2G and 3G to provide voice and data connectivity, is expected to cover 90 percent of the country’s population of more than 60 million in five years.

In preparation for the network deployment, Ericsson said local hiring will continue over the next few months, and that investments in training and development have taken place over recent months for those already on board.

Ericsson said its multi-standard network solution, which it claims minimises operators’ costs, will be used in the deployment, along with 2G and 3G equipment that can be upgraded for future requirements.

Petter Furberg, CEO of Telenor Myanmar, said: “This is a historic project for Myanmar and for Telenor, and strong partners like Ericsson will be critical to its success.”

Jan Wassenius, country manager of Ericsson Myanmar, said the firm’s “proven experience” in building networks in countries with diverse geographical conditions gives it the confidence that it can create a robust infrastructure for Telenor.

“We hope the deployment of this telecommunications infrastructure will have an enormous positive impact on the economy of the country and on the lives of its citizens,” he said.

“Our … contract with Telenor in Myanmar is an important milestone for us in the region. We will draw on our years of experience in managing multi-vendor network environments to ensure that network complexity is well managed for Telenor.”

In 2012, Ericsson commissioned a study to assess the potential economic impact of mobile communications in Myanmar. The study estimates that the total economic impact of the mobile sector in the country will be between 1.5 and 9 percent of GDP over the first three years after licenses are issued.