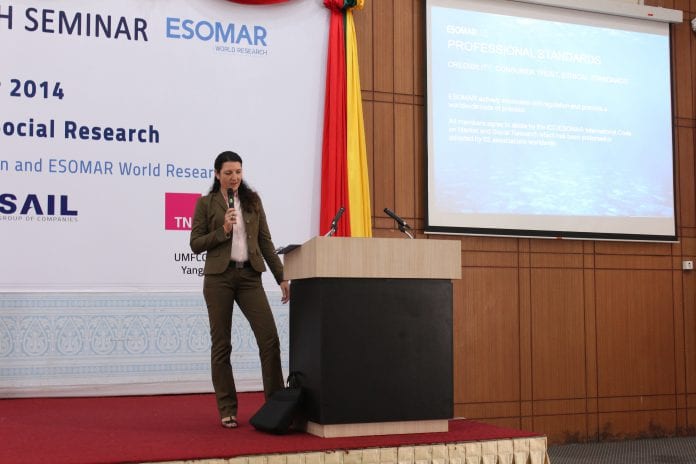 The European Society for Opinion and Market Research (ESOMAR) held a five-day training workshop for market researchers in Myanmar in a bid to support the fledgling research scene in the Southeast Asian nation.

Marita Schimpl, ESOMAR country representative in Myanmar, said she and her colleagues urged the Esomar Foundation, which was launched last year to help researchers in distress and also support research education, to help increase the skill set of Myanmar researchers.

“There is no research education in Myanmar. Clients expect the same quality standard like in other countries and if Myanmar research companies don’t adopt quickly they may lose out to the international agencies which have the resources to train their staff.”

Prior to the training, the trainers spoke at a conference “ESOMAR Best of Myanmar 2014”, jointly organised by ESOMAR and Myanmar Marketing Services Association (MMSA) members, to emphasise the importance of research within the marketing community in Myanmar.