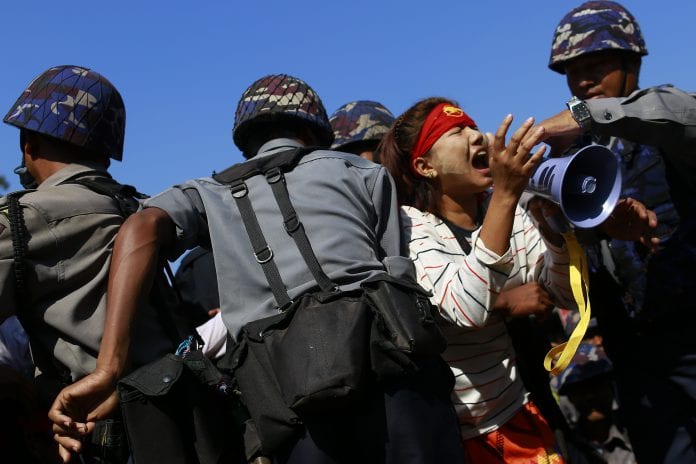 The European Union will extend its partnership in the training program for the Myanmar Police Force (MPF) to adopt international policing standards by six months, according to a senior police officer.

The program, which started on September 13, involved representatives from the EU training the local officers in people-oriented community policing, crowd control, coordination and media relations.

It has been extended for another six months from February 12, said Police Brigadier General Mya Win from the No.2 security supervision division.

“The EU decided to extend their support because of public approval of the positive efforts of the MPF. We will continue with four principal purposes in this six-month period. Our forces strictly abide by the instructions, both theoretical and practical, of the EU trainers,” said U Mya Win.

EU representatives have been implementing initiatives in many states and regions to build a warmer relationship between the public and the law enforcement in addition to providing training sessions on international standard community policing and riot control throughout the program term.