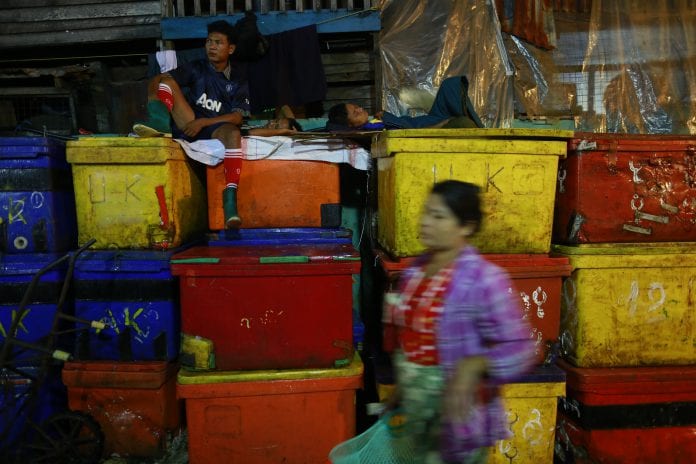 Officials from the European Union (EU) will begin to inspect fishery factory products intended for export in 2015, U Tin Hla, an advisor from Myanmar Fisheries Producers and Exporters Association told Myanmar Business Today.

This is the initial stage for the official export to EU according to their regulations and laws. Currently, two cold storage facilities which were inspected in 2009, are exporting to the EU, but that number is expected to grow to 19 facilities, he said.

“We cannot just export as much as we wish. We are only allowed to export products in specific categories that they already approved. They come and inspect once every three or four years. Now, the situation has changed for the better. They have eased some inspection restrictions,” said U Tin Hla.

Currently, Myanmar mainly exports fish to China and the Middle East, but also has begun exports to EU countries including Germany, France, Italy, Spain and the United Kingdom.

Myanmar’s fish exports are lower than the countries in the region, earning $600 to $650 million per year, while Thailand and Vietnam each earn $6 to $7 billion per year. Myanmar mainly exports carp, mackerel, catfish, prawns and crabs.