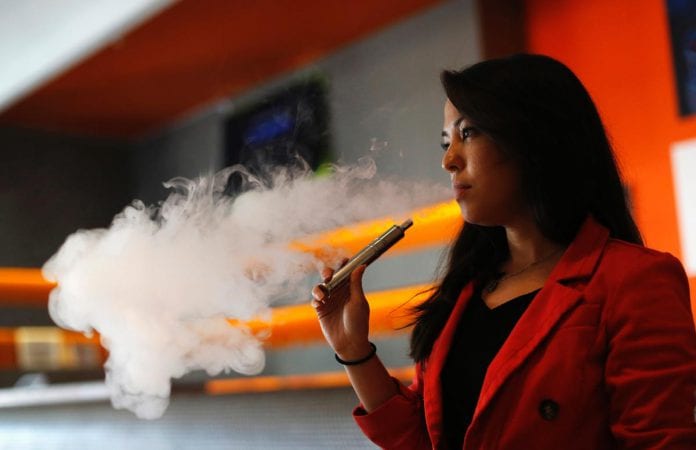 As US health regulators consider what rules to impose on electronic cigarettes, in their tally of costs and benefits they have placed a value on the lost pleasure consumers may suffer if they used the products less or not at all.

The US Food and Drug Administration says in a little-noticed document released alongside its proposals for regulations in April that the projected benefits of the new rules, which also apply to cigars, hookahs and other vapour products, should be cut by 70 percent to account for the deprivation consumers would suffer.

That means if the agency puts a value of $100,000 on the longer and improved life that might be achieved by deterring someone from smoking, then it would cut that benefit assessment to $30,000 because of the pleasure they lost.

The approach is regarded as radical among those who have done cost-benefit studies for regulators.

Some public health advocates warn it will help the tobacco industry argue that the cost of complying with restrictions on new nicotine products exceeds any benefit to the public, making it easier to scuttle those rules. They also fear it could be applied more broadly to regulation of products, such as food and alcoholic beverages, that is meant to protect public health.

“This makes it a lot harder to justify regulations on cost-benefit grounds,” said Dr Stanton Glantz, a professor of medicine and a tobacco control expert at the University of California, San Francisco, who favours tough regulation of e-cigarettes and cigars. “It will undermine anything they try to do about anything.”

Under a 1993 executive order signed by then President Bill Clinton, US regulators are required to show the benefit of a regulation would exceed its costs. A proposal that would make a manufacturer spend $1 billion to avert $100 million in pollution costs, for instance, would likely not see the light of day.

But with novel tobacco and nicotine products, the FDA is putting its thumb on the cost-benefit scale in a way no other agency has before, according to current and former regulators and economists who specialise in such studies.

In its proposed rules, the FDA has already treaded lightly. It would ban the sale of e-cigarettes to anyone under 18, but would not restrict flavoured products, online sales or advertising.

The FDA used the same lost-pleasure analysis when it assessed the costs and benefits of requiring graphic warning labels on tobacco products – regulations the industry opposes and that have been blocked by a federal court. That was also little noticed outside a small group of public health advocates and other policy experts.

In response to questions from Reuters, an FDA spokeswoman said that even with the inclusion of the lost-pleasure factor, the benefits of its proposed e-cigarette regulations will still exceed the costs. She also said the tobacco industry did not pressure the agency to include it in the analysis, which was conducted by in-house economists with no input from political appointees.

As to whether using such a large lost-pleasure factor could weaken regulations, the spokeswoman said, “We will not prejudge any potential regulatory action.”

FDA economists have previously hinted that the agency should apply the idea of lost enjoyment in areas beyond tobacco.

In a paper published online this year in the journal Health Economics, they argued that guilty pleasures like junk food and alcohol are so enjoyable the benefits of reducing their use through regulation should be discounted by up to 99 percent.                         Reuters