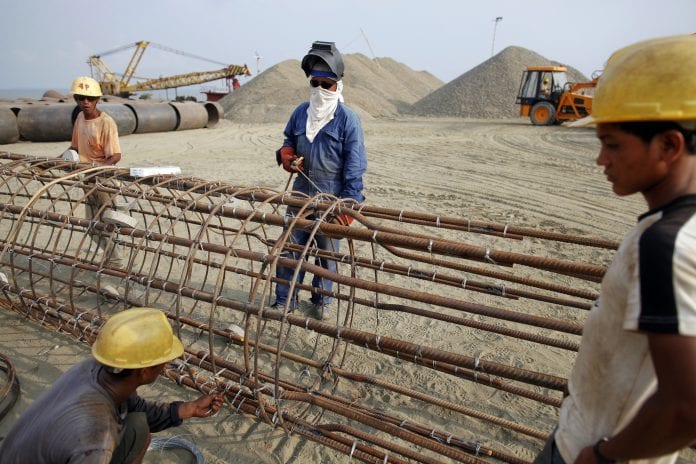 Myanmar bagged $4.1 billion in foreign direct investments in the 2013-14 fiscal year which ended in March, almost tripling from $1.4 billion it received in FY2012-13, the Directorate of Investment and Companies Administration’s (DICA) recent data shows.

Total FDI from 34 countries in Myanmar now stands at $46 billion, according to DICA statistics.

China still stands as the largest investor with $14 billion in investments in the Southeast Asian country, followed by Thailand ($10 billion) and Hong Kong ($6 billion).

The 71 foreign-invested projects in 2013-14 up to December last year has created over 50,000 jobs for local people, according to DICA.