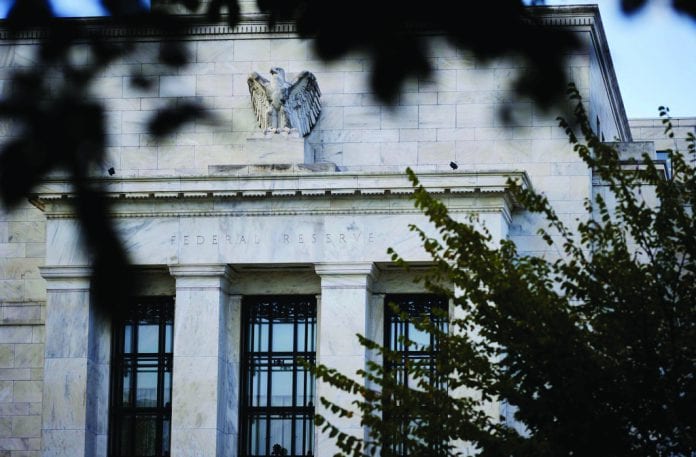 WASHINGTON
The Federal Reserve left interest rates unchanged at its final meeting of the year on December 11, and officials signaled an indefinite pause as the U.S. economy chugs through a record-long expansion on what appears to be sustainable footing.
Officials penciled in no rate changes next year, according to their latest set of quarterly economic projections, and saw only one move, an increase, in 2021, followed by a second in 2022.
Even those moves seemed uncertain: Jerome Powell, the Fed chairman, said at a post-meeting news conference that he thought the Fed’s policy rate would remain appropriate until inflation rose persistently, and pointed out that “none of us have much of a sense of what the economy will look like in 2021.”
The Fed’s wait-and-see outlook underscores the level of comfort that Powell and his colleagues have with the state of the economy after they cut interest rates three times between July and late October. Those moves were meant to guard the economy against the fallout of President Donald Trump’s prolonged trade war and slowing growth abroad.
On December 11, Powell suggested that the adjustments were having their intended effect.
“Our economic outlook remains a favorable one,” Powell said. He noted that the economic expansion is in its 11th year — the longest on record — and that many Americans who want jobs are finding them.
While many analysts were on recession-watch just six months ago, the Fed has become more optimistic about the economic outlook as the job market holds up and consumers continue spending. In their post-meeting statement, officials dropped their previous caveat that “uncertainties” about the outlook remained, a sign of their increasing confidence.
“With a strong household sector and supportive monetary and financial conditions, we expect moderate growth to continue,” Powell said.
Risks to the outlook remain. Factory data remains weak, a fact Powell attributed in part to “sluggish” growth abroad.
Trump’s trade war with China has also put a chill on business investment as companies wait to see whether the world’s largest economies can resolve their differences. The Fed chairman said businesses had “been telling us for a year and a half that trade policy uncertainty is weighing on the outlook.”
What happens next on tariffs is a critical wild card for the central bank. While tensions have shown recent signs of easing, how they will end is anyone’s guess. Barring a last-minute delay, another round of tariffs on $160 billion worth of Chinese goods is to go into effect on December 15, at which point the United States will have imposed levies on nearly every shoe, laptop and bicycle imported from China.
But for now, growth looks solid — and sustainable.
All 17 Fed officials were comfortable leaving rates unchanged this month, and only four see higher rates in 2020, based on the economic projections, down from nine when the Fed released its last set of quarterly projections in September.
While the Fed is usually more eager to raise interest rates when unemployment is very low, that view has evolved dramatically over the course of the expansion.
Lawmakers have given the central bank two goals: Achieving and maintaining stable inflation and maximum employment. Fed officials adjust interest rates to either speed up or slow the economy in a quest to accomplish those targets.
They have historically seen the twin tasks as a sort of trade-off. Low unemployment is usually expected to spur faster wages, which then feed into higher prices.
But joblessness has been hovering near a 50-year low for the past year and a half, and wages are climbing only moderately while upward pressures on prices are soft.
“I like to say that the labor market is strong; I don’t really want to say that it’s tight,” Powell said. “To call it hot, you’d want to see heat. You’d want to see higher wages.”
That gives the central bank room to leave interest rates very low by historical standards — they are at 1.5 to 1.75 percent, down from about 5.25 percent before the last recession — without worrying that inflation will shoot past its 2 percent goal.
“This is a good thing: We’ve learned that unemployment can remain at quite low levels for an extended period of time without unwanted upward pressure on inflation,” Powell said. “In fact, we need some upward pressure on inflation to get back to 2 percent.”
Trump, for his part, has been pressuring the Fed to slash interest rates more aggressively. He has even urged Powell and his colleagues to cut borrowing costs below zero, as European and Japanese central banks have done. But the central bank — which operates independently of the White House and answers to Congress — appears disinclined to comply. 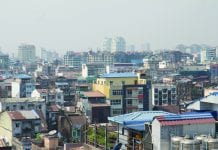 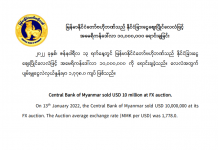 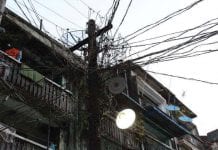