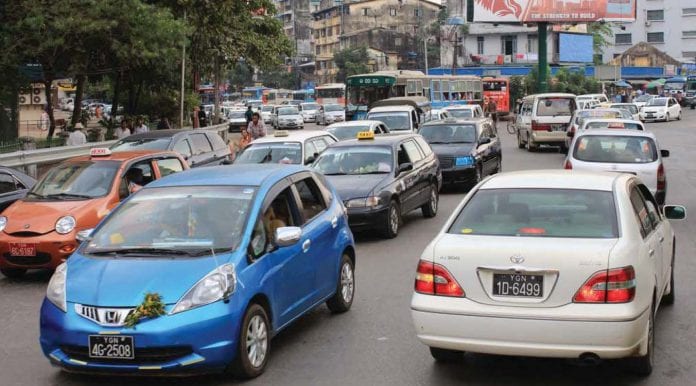 Used cars make up 92 percent of the automobile market in Myanmar while 89 percent of used car imports come from Japan, according to an online survey by an automotive website.

The survey showed that used cars are still the vast majority of the domestic car market. The market share of brand new cars is 8 percent despite restrictions on car import policy have been eased in recent years.

“Used cars are necessary to fulfill the demand of the booming auto market in Myanmar. Authorities should consider ensuring low prices for import of used cars in good condition. The advantage of Japanese used cars is that they can still operate as if they were new,” said Sascha Pasqual Woelk, country manager of Motors.com.mm.

As the local automobile market opened up only in 2011, used cars will still dominate the market and authorities should encourage new car imports by cutting CIF prices and tariffs, an export-import trader said.

The affordability of the used cars compared with the high-priced new cars plays an important factor for its dominance in an emerging economy as Myanmar.

According to the survey, Japan supplies 89 percent of Myanmar’s used car imports while South Korea provides 8 percent and Europe and the United States account for 3 percent.

Facebook
Twitter
Pinterest
WhatsApp
Previous articleThe Online Marketplace is Diversifying, But Cash is Still King
Next articleTaxi Apps on the Market, but Can They Solve the Yangon Problem?