Fewer Than One in Three Africans Has A Mobile Phone 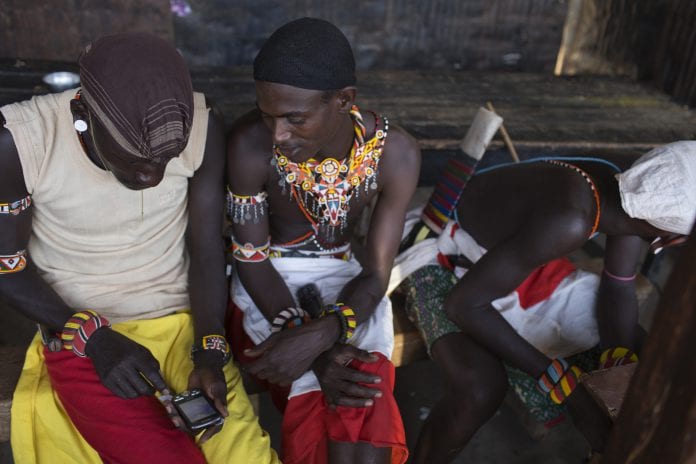 Fewer than one in three Africans has a mobile phone and recent rapid growth in subscribers will slow if governments don’t improve access to spectrum and rein in taxes on the industry, a lobby group representing mobile networks said last week.
There were 502 million mobile connections in sub-Saharan Africa as of June, industry body GSMA said.
But with most people owning about two SIM cards, the number of unique subscribers falls to 253 million – around 31 percent of the population, it added.
In developed markets, four out of five people have a mobile phone, while in other emerging markets it is one in every two, although the figures for Africa may also be affected by its relatively young population and higher levels of poverty.
Mobile phone usage has spread more rapidly in Africa than on any other continent recently – at an average 18 percent a year in the last five years.
But the next phase of growth will be much slower if governments there do not overhaul their policies on taxation and access to spectrum, GSMA said.
GSMA forecasts the number of unique subscribers will rise 37 percent to 346 million in 2017, equivalent to an annual growth rate of about 6.5 percent.
“The governments are going to have to step it up when it comes to overall policy and regulatory framework,” said Peter Lyons, GSMA Director of Public Policy for Africa and Middle East.
“Many governments are still focused on every penny they can squeeze out of taxes on handsets, or airtime, which is a really short-sighted view.”
For instance, nearly 40 percent of the total cost of owning a mobile phone in Gabon is from taxation.
To the east of the continent, Kenyan authorities have incensed many mobile users by introducing a tax on transferring money via mobile phones.
Operators also have to fork out billions of dollars for licence fees, turnover taxes, universal access fund levies, and regulatory fees.
Ghanaian authorities, for example, charge a National Health Insurance Levy of 2.5 percent, while Tanzania will now levy a withholding tax for overseas companies providing services such as roaming. The overseas providers will normally not be able to claim such taxes in the home jurisdiction, GSMA said.
“Governments are just unable to look beyond the tax revenue, it’s a self-inflicted wound, it can impair job creation and economic growth down the road,” Lyons said.
The industry paid $21 billion in taxes in 2012 – including $8.4 billion in value added taxes and $3.9 billion in corporate tax – and this could double by 2020, GSMA estimates.
Operators have invested $44 billion in the region over the last six years, it adde.      Reuters