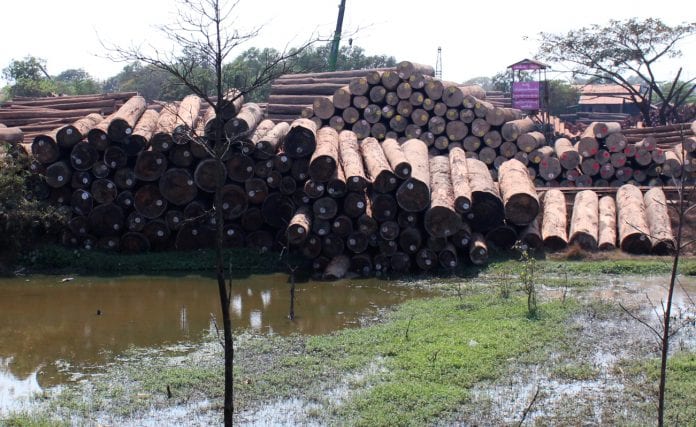 UK-based Fauna & Flora International (FFI) has launched a project in a bid to enable timber trading communities in Myanmar to reap the economic benefits out of new timber rules, the nature conservation group said.

In Myanmar, nearly 120,000 acres of forest are now managed by 745 community groups with 30-year licences under a government program that was launched in 1995.

However, there is significant scope to improve the commercial possibilities for these “community forests”, thereby benefitting communities and encouraging expansion, FFI said.

The project will help clarify the rights and responsibilities of community forest managers who want to sell their products legally, it added.

The new project “Improved Legality, Governance and Trade for Community and Smallholder Timber in Myanmar”, which is a joint cooperation between FFI and the Myanmar Forest Department, also takes advantage of new EU legislation banning the import of illegally-sourced timber or timber products into Europe.

A support program, known as FLEGT (Forest Law Enforcement, Governance and Trade), helps countries reform their forest sector to allow buyers and consumers to know that timber was harvested legally.

This provides a competitive advantage for community-produced timber, which with modest changes to existing regulations could be produced and traded entirely within the law, FFI said.

The original community forestry program was aimed at meeting local needs, mostly for firewood and poles. But with the new government’s increased focus on improving economic opportunities, and the April 2014 log export ban that promises to give a boost to the domestic timber industry, FFI said the time is right to review the regulations governing community timber.

Improved and clarified legality standards for Myanmar timber will also help combat illegal logging by supporting a legal timber supply that local people can get involved in, the group said.

The initial project workshop launched a desk study on the subject and got input from forestry experts. This will be followed by field research in four states and regions, with input from Forest Department officials, saw mill owners, furniture manufacturers and timber traders, as well as community forest managers themselves.

The results will inform the development of national policies, regulations and standards for community forestry timber legality as well as a possible future FLEGT agreement between Myanmar and the European Union.