FIFA World Cup Trophy to Come to Myanmar in December 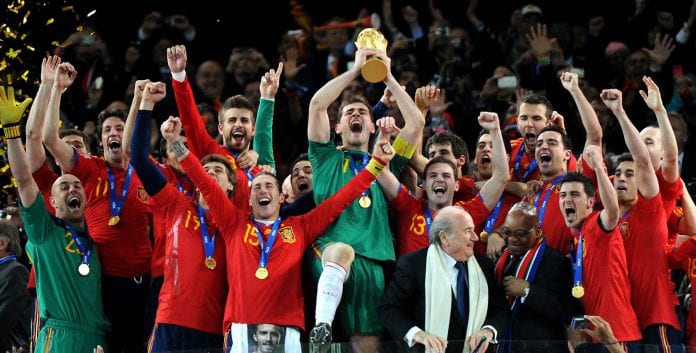 The famous trophy will be on display at Yangon’s Thuwunna Stadium on December 27 and other events are planned around the visit. The trophy tour is being organised as a partnership between Coca-Cola, FIFA and Myanmar Football Federation (MFF) and will give an opportunity for thousands of Myanmar locals to set their eyes on the solid-gold trophy for the first time.

Coca-Cola revealed that the presentation of the trophy will include interactive activities such as personalised photos with the trophy as well as a hologram experience.

The World Cup Trophy Tour will travel 92,000 miles around the world, taking in 89 countries over a nine-month period. The route for the tour will give more than one million people around the world a chance to see football’s most coveted prize. It will visit 50 countries that have never had the opportunity to see the trophy before, of which Myanmar is included.

More information about activities around the event will be released nearer the time.

Coca-Cola has had a long-standing relationship with FIFA since 1974 and has been an official sponsor of the World Cup since 1978. This is the third time that Coca-Cola and FIFA have teamed up for the Trophy Tour.

The current holder of the FIFA World Cup Trophy is Spain, who lifted the trophy after defeating the Netherlands in South Africa in 2010.