Fifteen Illegal Buildings to be Demolished 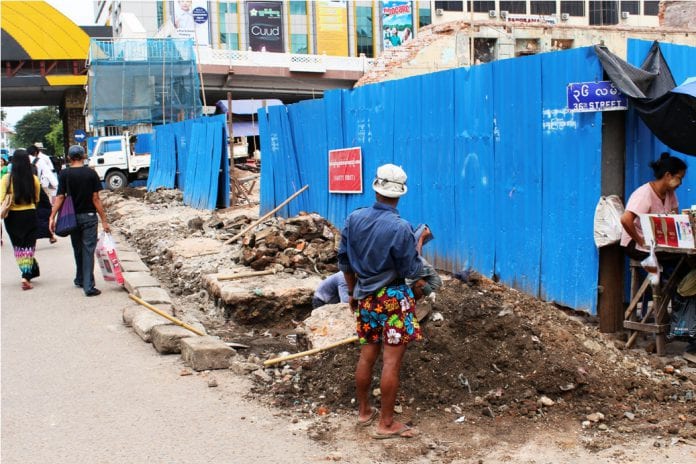 This announcement came only a week after Mayor U Hla Myint warned that illegal buildings would be dealt with by possible demolishment.

YCDC has sued approximately 2,000 landowners for constructing buildings without proper permits. This is the first time that YCDC will take such action, demonstrating its commitment to increasing the building standards of the city.

“Despite facing such legal action and the suspension of projects, the illegal construction of buildings has not declined so we are now considering the wrecking ball option,” said U Hla Myint.

An additional 152 individuals have been warned, 15 people have been blacklisted – a public report created to warn potential customers – and one person has been permanently banned from the business, YCDC said.

In an attempt to deter illegal construction, the government is trying to reduce the red tape in granting construction permits and field inspections, the Mayor said.

Currently, there are more than 2,000 illegal buildings in Yangon with most of them located in Thingangyun, Hlaing, South Okkalappa, Insein, Mayangone, Daw Pone, Sanchaung and Kyeemyindaing townships, according to YCDC.