Fighting Between Myanmar Government and Kachin Insurgents Likely to Continue 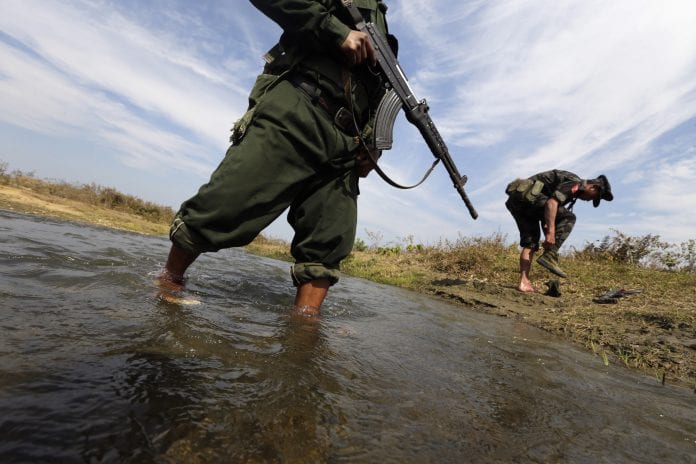 A Stimson Center report issued today says major disagreements between Myanmar’s government and the Kachin ethnic minority make it unlikely that a cease-fire will take hold soon to end the armed conflict between government forces and Kachin insurgents seeking independence.

Sun writes that the fighting between Myanmar’s military and the Kachin Independence Army in northern Myanmar’s Kachin and Shan states is “a major obstacle to Myanmar’s national reconciliation and a challenging test for the democratization process.”

The Kachin are an ethnic Christian minority, while Myanmar’s majority Bamar ethnic group is overwhelmingly Buddhist. The Kachin contend that they are victims of ethnic and religious discrimination. Conflicts between the Kachin and the national government of Myanmar, which is dominated by the Bamar, have been a persistent problem since Myanmar (then known as Burma) won independence from Britain in 1948.

“While the government sees a cease-fire agreement as the precondition for substantive political negotiation, the Kachin worry that a cease-fire will be the end of any dialogue,” Sun writes. “For the Kachin, a cease-fire agreement will generate more conflicts if it does not address their political and economic grievances. In addition, the momentum of the conflict is reinforced by vested interest groups from both sides that engage in illegal trade of jade and timber from the Kachin state to China.”

“The Kachin conflict has been a policy challenge for both China and the United States,” Sun writes. “For China, border tranquility, the protection of Chinese investments and the prevention of expanding US influence are the top three considerations for all border regions. The Kachin conflict has disrupted China’s border security and jeopardized its economic investments in the region. More importantly, Beijing’s strategic concern centers on Washington’s interest and potential role in the issue. This made the so-called ‘internationalization of the Kachin conflict’ China’s gravest policy concern in Myanmar. …”

Sun’s report goes on to state: “For Washington, the ongoing conflict affects the US because it raises questions about whether lifting sanctions has removed incentives for Myanmar to improve its ethnic relations. However, due to the need to balance a potential backlash from the Tatmadaw (Myanmar’s army) and strong reaction from China, the US has opted to play a low-profile role in the Kachin conflict.”

The United States has attempted to discuss different options for cooperation with China on the Kachin issue, but China has not reached any agreements with America on how to bring about a cease-fire, despite more than a dozen rounds of dialogue since 2011, the Stimson report says.