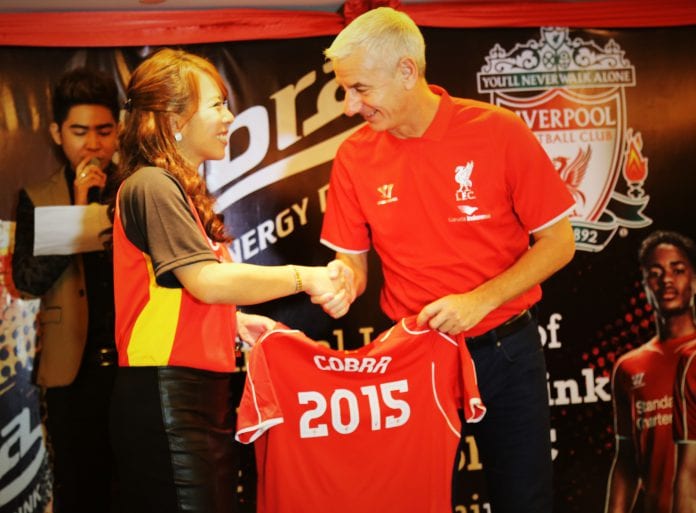 Cobra Energy Drink announced that it has launched its energy drink in Myanmar in a bid to capitalise on the Southeast Asian nation’s burgeoning beverage market.

The brand, which is owned by Philippines-based Asia Brewery Inc, in March also became the official energy drink of British football club Liverpool FC in Myanmar for the 2015-16 Barclays Premier League season.

“Cobra Energy Drink leverages empowerment, perseverance, and confidence. We feel this partnership is a perfect match for us as we share the values of Liverpool FC,” said Lyka C Frontuna, senior country brand manager of Cobra Energy Drink.

Together with SkyNet, Cobra showed the Liverpool FC vs Manchester United match on March 22 to fans in Yangon at which LFC Ambassador Ian Rush was present.

Billy Hogan, chief commercial officer at Liverpool FC, said: “LFC is one of the most popular football clubs in Myanmar, which is very much a nation of football fanatics. We’re really excited to partner with Cobra Energy Drink and together engage with fans in the region.”