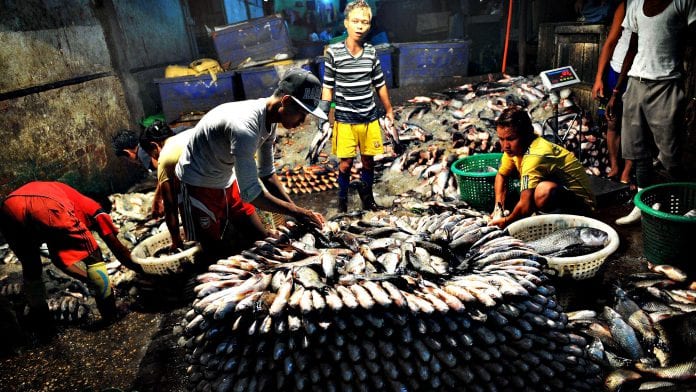 The waning demand from China is pulling down the prices of the raw materials for fish and shrimp feeds, Dr Thet Mhu, chairman of Myanmar Aqua-feed Association, said.

Since China has officially banned rice imports through Myanmar borders in August, inspection measures on feed raw materials have also been heightened by the Chinese side and the exporters from Myanmar are also being scrutinised unlike the past when the Chinese buyers would only check the materials visually, he added.

The prices of the raw materials for feed are expected to fall further as fresh raw materials are added into the market between November and March.

Chinese buyers who had previously bought aqua-feed materials from Mandalay are now buying the raw materials through shortcuts across northern and southern Shan state and also from the town of Naung Cho and 105 mile border trade station with China in Muse, the Myanmar Aqua Feed Association said.

According to MFF, Japanese investors are planning to establish an aqua-feed mill in 2015 while South Korean and Taiwan investors have already built feed mills which have not yet started operating.