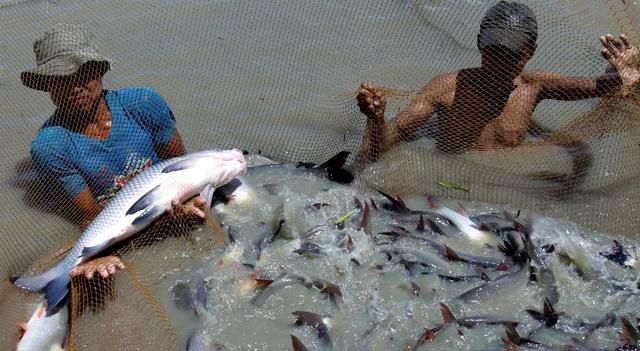 The local Fish Food Producers Association announced that it has decided to import food for fish and prawn rather than manufacturing locally, responding to a hike in local prices.

Increasing demand for fish food raw materials from China has driven up the price of fish food over the past year.

With weak government assistance, the number of entrepreneurs in the livestock industry has decreased, directly impacting the fish food market, he added.

“There are many reasons for the price hike. Transportation costs and the demand from China are part of the reason,” said a livestock entrepreneur.

Since the new government came into power, the rate of fish food raw material exports to China has increased significantly, which has caused the price hikes, the entrepreneur criticised.