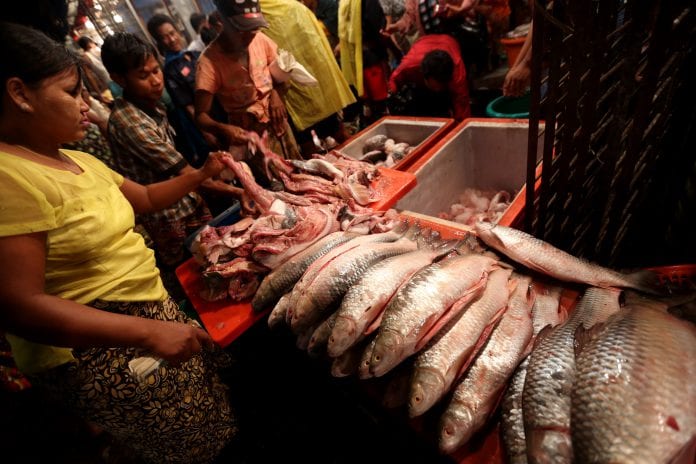 The fishery industry, which ranks second in the earning of foreign exchange, has been slowing down in the last three years straight, according to the Ministry of Commerce.

“Those in the industry have decreased access to capital and information compared to the recent past. And most are still applying traditional, outdated practices. That’s why the sector is slumping successively,” Dr Maung Aung, advisor to the Ministry of Commerce, told Myanmar Business Today.

Although Myanmar was included last year in the European Union’s GSP (Generalised Scheme of Preferences) allowing duty free access to its markets, a failure to properly market Myanmar products and obstacles to productivity are the major factors for the sector’s sluggishness, according to the ministry.

The slowing sector is also affected by the inability to produce sufficient aqua-feed leading to supply shortfall and increased prices, as well as the failure to meet international standards.

“The government is undertaking many projects, but a substantial amount of support is needed in the aquaculture industry which is relying largely on harvesting wild resources from the oceans and rivers while exports coming from aquaculture are still low,” U Tun Aye, chair of Myanmar Fishery Products Processors and Exporters Association, told Myanmar Business Today.

The government should provide not just financial subsidies, but also deliver assistance for expansion of ponds and farms, technology for breeding and feedstuff production and market expansion support, U Tun Aye added.

Fishery exports earned $652 million in 2012-13, but the figure went down to $536 million in 2013-14. In the first nine months of this current fiscal year, the sector has garnered $291 million from exports, prompting projections that the total export earnings by the end of the fiscal will be less than last year.