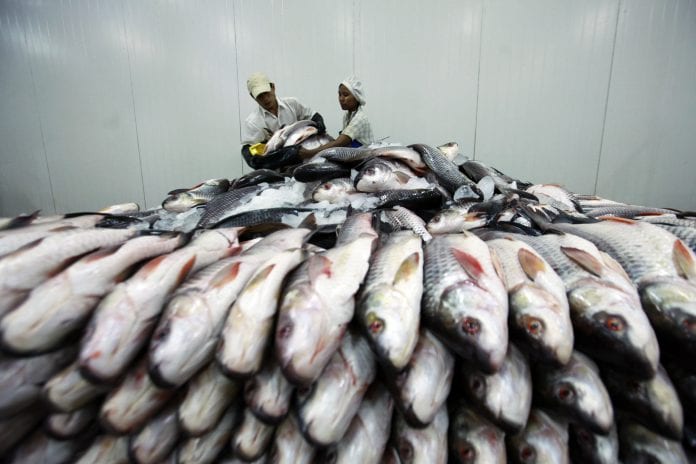 The Rural Development Bank (RDB) under the Ministry of Livestock Breeding, Fisheries and Rural Development will grant K1.5 billion ($1.55 million) to livestock breeders and fish farmers by this month, U Win Kyaing, secretary of Myanmar Fisheries Federation (MFF), said.

“If the loan is seen effective, more loans will be provided,” U Win Kyaing said.

The RDB will provide up to K30 million ($31,000) for small fish farmers, and the interest rate for the one-year loan is 12 percent. The loan applications will be scrutinised properly and loans will not be granted to those who have availed bank loans before, U Win Kyaing said.

Myanmar’s livestock and fisheries sector is currently mired with declining production rate and lack of investments, and the government aims to give the grant to fulfil the need for capital, he said.

Earnings from marine exports fell by $76 million in the last ten months of the 2013-14 fiscal year, according to the ministry, mostly due to dwindling marine resources.

Previously, only the Livestock and Fisheries Bank, currently World Treasure Bank, provided loans to farmers. RDB will provide loans to those who has a fisheries licence – “Na La 39”.

“The new loans will be good for farmers. In 2010, when the value of dollar went down, exporters faced big losses. Some lost half their capital and production also decreased. Now they will be able to get capital,” fish farmer U Win Kyaw from Twante township, Ayeyarwady region, said.

However, Chairman of Livestock and Fisheries Federation U Win Sein said the main challenge would be to recover all the loans as some might not be able pay back their debts.

“Sometimes banks are reluctant to give loans because of this. But our federation will recommend farmers who are eligible for the loan.”