For Chinese Farmers, A Rare Welcome in Russia’s Far East 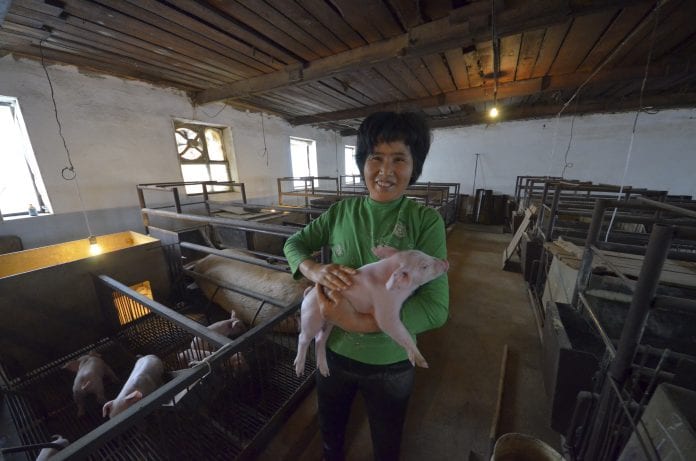 Fourteen years ago, Chinese businessman Li Demin was asked to help bail out a struggling pig farm in the Russian trading city of Ussuriysk, close to the Pacific coast in the Far East.

Li, chairman of the Dongning Huaxin Group, a private trading firm based in Heilongjiang province across the border, reluctantly agreed – but on one condition.

“At the time I was trading and wasn’t at all interested because I knew nothing about raising pigs. So I said I would only buy if they threw in 500 hectares,” Li told Reuters.

In the end, the local government offered to lease Li more land than he asked for, and more was to come. Now stretching 40,000 hectares and expected to expand further, Li’s farm near Ussuriysk is the biggest in Russia’s Far East and one of the largest foreign-invested agricultural projects in the country. It raises 30,000 pigs a year and grows soybeans and corn that is sold in local markets or shipped back to China.

It seems to be a natural fit. Russia’s Far East Federal District, a region two-thirds the size of the United States, has a population of just 6.3 million and wide swathes of unfarmed fertile land.

China is next door, its 1.4 billion people have an insatiable appetite for crops and produce, and its companies have gone as far as Australia, South America and the Pacific island of Vanuatu to lease farmland.

Unlike most other parts of the world, the local population, cut off from Russia’s western-facing economy, mostly welcomes Chinese investment, which has provided a lifeline following the collapse of the Soviet Union. Chinese firms already lease or control at least 600,000 hectares of land in the Far East, which is equivalent to the size of a small US state like Delaware.

The investments could surge if the political masters in Moscow were more accommodating.

“When the Soviet Union collapsed, the local people didn’t really know what to do, so they started encouraging us to take over the land at very cheap prices,” Li said. “They would pay us to clear the forests – they gave us a lot of support.”

Pavel Maslovsky, who represents the Amur region near the Chinese border in Russia’s upper house, the Federation Council, said the region needs investment and fears of an influx of Chinese were misplaced.

“To fear that investors would come to the wrong sector and in a manner which we do not like is like selling a bear’s skin before you have caught the bear,” he said.

But there remains considerable ambivalence in Moscow about the region’s growing dependence on China. Relations between the two nations have been improving since a border war in 1969, but some tensions remain.

“It is no longer necessarily the fears that the Russians are going to be swamped by gazillions of Chinese,” said Bobo Lo, associate fellow at Chatham House and an expert in Sino-Russian relations.

“Now it is slightly different, and more that the Chinese are a rising economic power, that part of Russia is struggling and China will inexorably take over.”

Russian fears of Chinese encroachment in its underpopulated Far East have eased since the 1990s, but while Russia has vowed to rejuvenate the impoverished region, it is still reluctant to rely entirely on China. Unfortunately for Moscow, the Chinese remain the only ones willing to invest.

“There is already a feeling (from the Russians) in the bilateral relationship that they are being outmatched, and this makes them anxious,” said Lo.

The Far East received $9.9 billion of foreign investment in 2011, according to Russia’s Federal Statistics Service, accounting for just 5 percent of the amount received by Russia as a whole. More than three quarters of the total was spent on the development of oil and gas in Sakhalin, a resource-rich island off the Far East coast, north of Japan.

Ussuriysk, about 100 km (62 miles) north of Vladivostok and 60 km (37 miles) east of the Chinese border, was once controlled by a succession of Chinese dynasties and built over the last century from the proceeds of logging and food production.

One of the first areas in Russia to open up to Chinese business in the 1980s, it has also benefited from the establishment of a free trade zone that has brought investment from 26 Chinese firms since its foundation in 2006.

Widespread fears about the region being flooded by Chinese migrants have not come to pass.

The city has a permanent population of around 150,000 and a floating population of a few thousand Chinese traders and workers selling textiles and electronic goods. There is no Chinatown, and no indication that the Chinese want to settle permanently.

“Some say China is ‘swamping’ or ‘yellowfying’ Russia’s Far East but this isn’t actually happening – the Chinese just want to do business and go home,” said a Chinese businessman who has been based in Ussuriysk for more than a decade.

But the population imbalance still causes anxiety. The Far East’s population is smaller than an average Chinese city and just a fraction of the 90 million living in China’s three border provinces of Jilin, Heilongjiang and Inner Mongolia.

Dongning Huaxin’s Li said his company has been doing its utmost to ease the concerns and ensure that local labour is used on farms. He said local Russian farmers now make up around 60 percent of a total workforce of 600.

Grind to a halt

But the problem was that the local population had dwindled, and those left behind were mostly unwilling to do agricultural work, Li said.

“This is how I see it: if Chinese labour left the Russian Far East, the region would grind to a halt,” he said. “Take our pig farm: Russians don’t like pigs and we can’t find people to work on it and we can only hire Chinese to do it.”

The Chinese businessman, who did not want to give his name, said local residents and government officials understood the necessity of cooperation, but Moscow continued to impose visa restrictions that made it harder to resolve the significant labour and skills shortages in the region.

“We think these rules shouldn’t apply to the Far East – we really find it hard to get visas for qualified staff, drivers, traders who understand our business, and it is impossible to find skilled local workers. Russia wants to develop its Far East but it cannot do it without Chinese workers.”

Despite the problems, Chinese investment still seeks to come to the Far East. Moscow itself would prefer a more diversified range of investors, but firms from Japan or South Korea are much more reluctant to get involved.

Li said local authorities in the region understood the leading role that Chinese investment and Chinese labour needed to play in development.