For Countries Investing in Myanmar, The Selling Point is Often Similarities 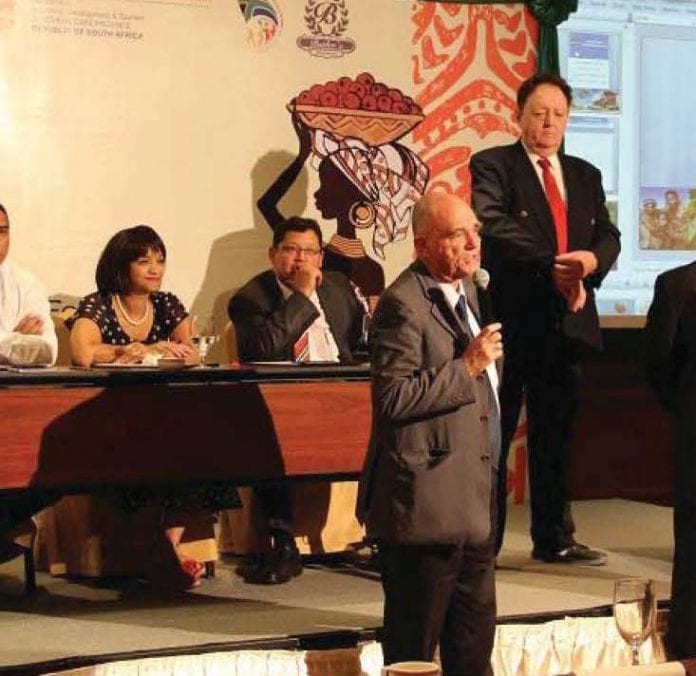 Recently, a delegation of businesspeople and diplomats from South Africa held a series of events in Yangon. Their hope was to promote tourism in South Africa, find markets for food and other products in Yangon, and find potential investors in their own country.

Throughout their talks, they spoke of the similar dry climate, gem processing industries, aquaculture, fish processing capabilities, and solar generation. In short, a major purpose of the meetings was to find common ground in vastly different countries.

This is a pattern repeated by officials from many countries trying to build ties and win over Myanmar. For example, a delegation of Israeli agriculture specialists came to Myanmar last year, touting the similar climate between the two countries, and the possibility of agricultural cooperation.

These comparisons can prove useful for the future of the country. Myanmar’s industries obviously need help getting off the ground, and if South African gem cutters or Israeli irrigation specialists can come lend their hand in order to build a presence and working relationship in Myanmar, all the better. At the same time, Myanmar’s current lack of foreign goods makes it an important destination for importers, and foreign companies are keen to sell their goods; from telecom equipment to olives.

The South African delegation highlights why Myanmar is so important to countries so far away. South Africa imports and exports mainly to Europe, but the continent’s financial difficulties have led them to search for more distant markets. For those left grasping for a growth economy, Myanmar is a good investment opportunity, with almost inevitable growth, a genuine shot at financial reform, and much-touted geographical advantages. By harnessing some sense of sameness, where companies from vastly different backgrounds could cooperate in the fastest developing frontier market.

But much of the Myanmar hype is much more complicated when examined up close. The crossroads between China and India is complicated by border issues and a dearth of trade. The reform of investment laws purported to bring about exponential growth is still held back by an antiquated tax structure inadequate regulations, and a lack of reliable statistics about the country. Myanmar’s situation is unique to the world, and the challenges it faces can’t be addressed overnight.

Without the systematic advantages of Chinese border trade or UK money, countries like South Africa will need to focus on niche markets where they are more able to compete, and may just be able to find opportunities left opaque to larger countries.