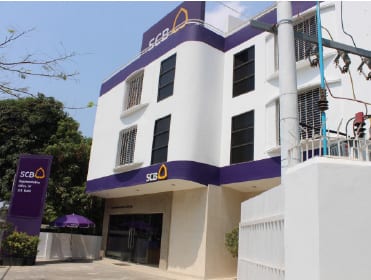 Foreign banks will be allowed to operate financial services in Myanmar, but this issue is still under discussion and no exact time has been set, a top official from the Central Bank of Myanmar said.

“We are still holding dialogues about the issue [of foreign banks operating in Myanmar]. The reports that foreign banks will be allowed to operate in 2014 through JV with local banks are absolutely wrong,” the official told Myanmar Business Today on condition of anonymity.

“We still have decades-old system and policies in place. We have plans to open Myanmar’s banking sector more and we are waiting for the Currency Law and Company Law to be finalised. But there is no exact time as of now,” the official said.

Currently, 34 international banks have representative offices in Myanmar, but they have thus far been forbidden from opening branches or offering services other than advising clients.

“You need proper laws, rules and procedures to launch foreign banks. The Currency Law is still on the way to be enacted. So, it is unlikely that foreign banks will be allowed to launch their operations this year,” U Than Lwin, former vice chairman of the Central Bank of Myanmar, said.

Myanmar entrepreneurs say it is impossible for local banks to provide financing for local entrepreneurs, and the interest rate is also high. “If foreign banks can start their operations local businesses will start growing,” an entrepreneur said.