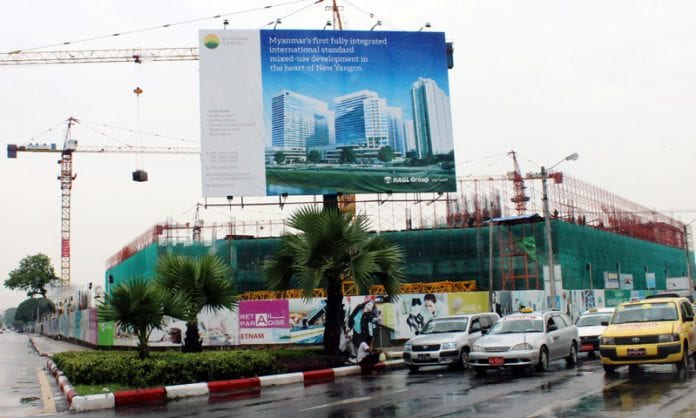 Foreign investments fraudulently registered using the name of Myanmar citizens will be monitored and dealt with according to law, U Aung Naing Oo, secretary of Myanmar Investment Commission (MIC), said during a meeting with the local press at MIC’s head office.

“This might raise questions about when the actions will be taken, but we have to weigh the consequences as there are citizen employees [in such businesses]. We will soon take necessary measures,” U Aung Naing Oo told the reporters.

The practice can be traced back to the previous government when foreign investors were not allowed to do business on private land and in industrial zones, and had to deal with the highly manipulated official exchange rate of six kyats to one dollar to exchange their incoming funds. This situation resulted in the registration of foreign businesses using Myanmar citizens as a front to access the benefits denied to the foreigners and transfer money through illegal channels.

MIC had issued an announcement in 2012 that businesses interested to reposition into foreign investments are invited to consult with MIC and will not be subject to any punishment.

Thirty companies masquerading as local companies have turned into open foreign investments since the announcement had been issued, but some companies are still operating under the names of Myanmar citizens, U Aung Naing Oo said.

“This registration fraud has been a serious problem. MIC has received many local proposals since it was established in 2011-12 but under our rigid scrutiny half of them turned out to be foreign businesses using Myanmar identification,” he said.

According to statistics from MIC, Singaporean companies make up the plurality of foreign companies investing in Myanmar. Some of those companies are associate companies of an American parent firm entering into Myanmar via Singapore.

Since the rise of the present government to power in 2011, foreign investments have boomed and $4.1 billion has been poured into the country in 2014-15 FY as of October last year. The number is expected to reach $5 billion by the end of the year, with investments coming into sectors such as electricity, manufacturing, tourism, telecommunication and property, according to MIC.