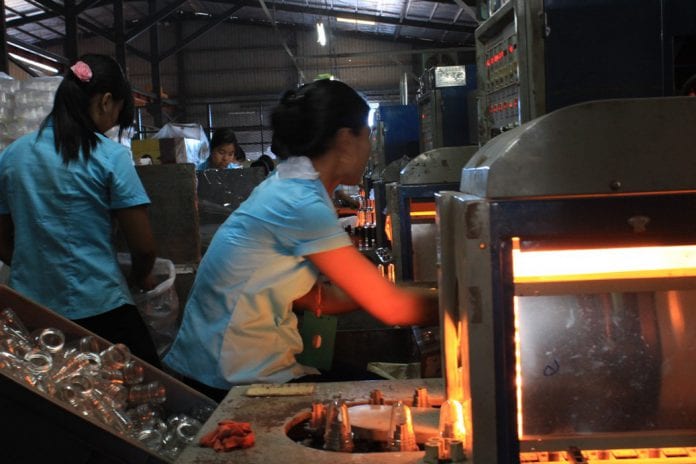 Over 200,000 Myanmar nationals have been employed as a result of the foreign direct investments since 2011-12 financial year, according to the Myanmar Investment Commission (MIC).

The Foreign Investment Law stipulates that businesses incorporated under the law need to employ 25 percent natives in positions that require skilled and unskilled labours in the first two years of operation, while the proportion has to be increased to 50 and 75 percent by the fourth and sixth years respectively.

“Foreigners [still] dominate the critical parts of businesses, but this is permitted only in the implementation phase. Once a business launches its operation, unnecessary foreign employees shall be removed,” said U Aung Naing Oo, secretary of MIC.

According to the statistics of MIC, during the three and a half years under the current government rule, foreign investments have employed 201,490 labourers.

Labour strikes have become more frequent lately in Myanmar and there had been cases in which employers fled the country after suffering losses without fulfilling their liabilities.