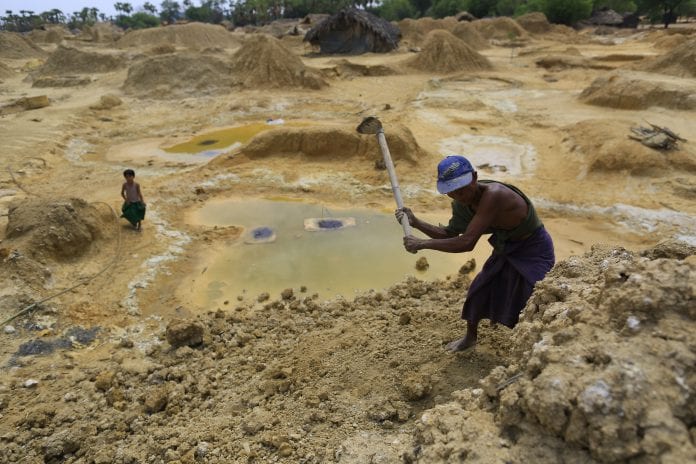 The first month of exploration activity on the firm’s “AP-4 licence” in Shan state “has yielded significant discoveries of massive sulfide silver-lead-zinc mineralisation,” APML said in a statement.

The firm applied for the 649 square kilometere licence area based on immediate proximity to the historic Bawdwin silver-lead-zinc mine – one of the most prolific producers of base and precious metals under the British colonial regime in Myanmar.

The firm’s technical team predicted additional volcanogenic massive sulfide (VMS) mineralisation in the area surrounding the mine especially in light of the lack of exploration in recent times.

The company initially delineated a zone of mineralisation after the discovery of significant piles of slag material located in and around the banks of streams. APML said these represent the remains of Chinese mining and smelting operations dating to the 14th Century.

Further exploration in the area of these slag piles resulted in the discovery of massive sulfide material in stream cobbles. Recently-received assay results have confirmed the very high-grade nature of this mineralisation, the company said.

Based on these results, APML said it has begun discussions with drilling contractors on procuring rigs for drill-testing of this target. The target will be ready for drilling by April, it added.

APML is also conducting exploration activities at a number of areas considered prospective for the discovery of additional targets across the licence area that make up the AP-4 project.