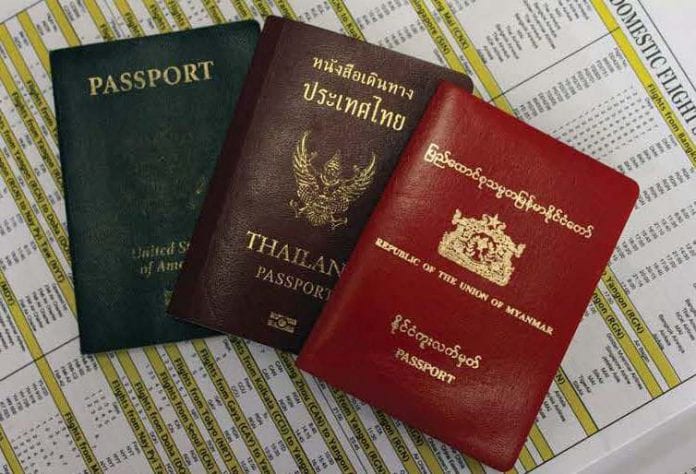 Machines that can detect forged passports were installed at the international airports in Naypyitaw and Mandalay in December to inspect the documents of foreigners entering the country, according to the Immigration and National Registration Department.

The machines were installed with the assistance of the Australian government and they will be able to differentiate whether the passports and visas of the foreign visitors are genuine or fake, as well as store detailed record of the travel documents. Yangon International Airport has also been equipped with such machines recently.

“Each airport is equipped with a set of machines with the help from Australia. The machine can distinguish between genuine and false passports and visas. This is a measure to prevent people with fake documents from entering the country. This equipment is used in many countries,” U Maung Maung Thein told Myanmar Business Today.

Myanmar’s Minister for Immigration and Population U Khin Yi signed a memorandum of understanding (MOU) with his Australian counterpart Scott Morrison in late November in a ministerial summit to cooperate on a wide variety of issues, including the implementation nationwide connectivity systems, land and sea customs territory protection, assessment and approval of academic and professionals for permanent residency and establishment of a public relations division for the Immigration Department.