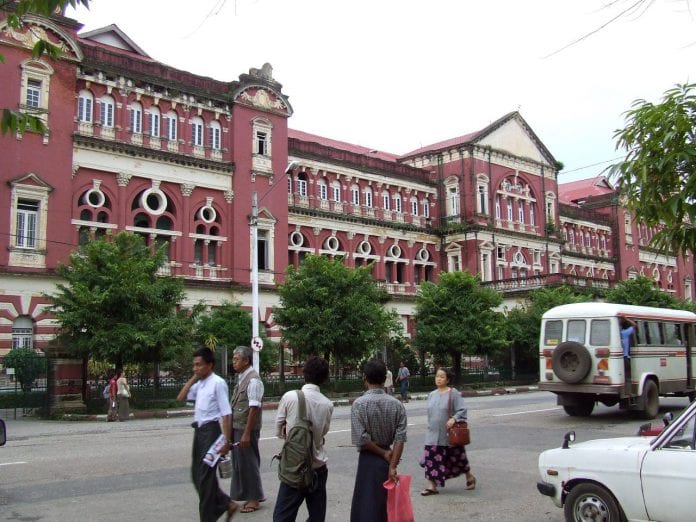 The former Myanmar foreign ministry office has been turned into a business centre, a venue targeting foreign embassies and international organisations.

Renovated at a cost of K5 billion ($5.1 million) without changing its original face by the private Youth Force Hotel Company, the office was renamed as June XI Business Centre and has been operational since December 25.

The colonial building, granted to be so turned in 2011 by the Myanmar Investment Commission under the government’s privatisation scheme, will operate for a period of 60 years, local media reported.

According to earlier reports, the commission has also granted two Myanmar national private entrepreneurs to respectively run the century-old prime minister’s office building and the Supreme Court building in Yangon as museums.

The previous prime minister’s office will be so kept as to recall historical event where Myanmar National Hero General Aung San and eight other martyrs were assassinated on July 19, 1947 and the place where Myanmar hoisted its first national flag to mark regaining independence from the British colonialists on January 4, 1948.

According to other sources, other ministry office buildings in Yangon such as Ministry of Energy, Ministry of Hotels and Tourism, Ministry of Immigration and Population and Ministry of Commerce have also been privatised and are being renovated.

These ministry office buildings in Yangon were left vacant after the previous administrative capital of Yangon was moved to Nay Pyi Taw in late 2005.