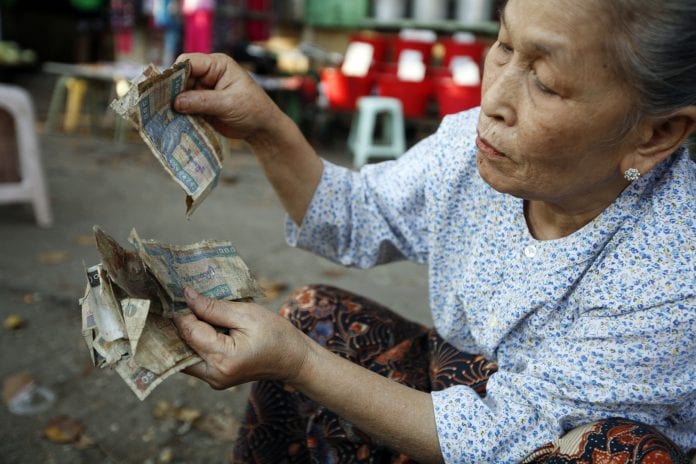 A rigid financial system and limited scope of financial products and services have bogged Myanmar’s growth and contributed to a high usage of informal credit services in the impoverished Southeast Asian country, a UN study revealed.

“Currently, financial services are at a very low level in Myanmar and this is impacting the country’s ability to harness the capital available for national development,” said Henri Dommel, director of Inclusive Finance at UNCDF.

“Significant effort is required to move the country towards more formal financial services.”

The research has provided indications on where to focus efforts to develop the sector, he added. 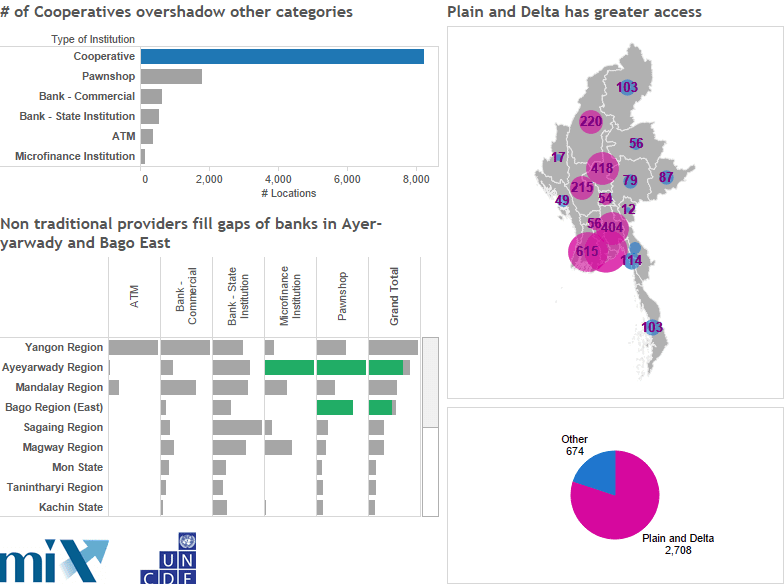 The report, Making Access Possible (MAP) Myanmar Diagnostic, said only four percent of people in Myanmar have bank savings accounts in their own names.

About 39 percent of respondents in the survey had no access to whether regulated or unregulated financial services.

However, high levels of usage amongst those who had access was found – 31 percent of respondents used unregulated and informal services such as money lenders and friends and families to borrow money.

UNCDF said the prominent role of informal financial services points to “strong potential demand for regulated services,” although research also suggests that “financial services and products currently available do not meet the needs of potential users.”

Despite a relatively high level of informal savings – 10 percent of respondents said they have savings in gold, livestock or “cash under the bed” – nearly two-thirds of respondents (62 percent) said they don’t save at all.

Even with a fully functioning financial system, this affects the ability of the country to mobilise national savings for growth and development, the UN agency said.

The report revealed that business costs are high due to the largely cash-based nature of the economy and the market is further weighed down by regulations and numerous curbs on credit operations and use of largely paper-based banking systems.

A malfunctioning financial system and the lack of access to service providers have contributed to high usage of informal credit services in Myanmar, the study said.

The research also showed that 95 percent of the adult population earns less than $10 per day, suggesting the majority of the population would benefit from the spread of microfinance services at the grassroots level.

The study analysed the potential to enhance financial inclusion as the country’s economic reforms take hold.

“The findings of the study will enable government, investors and international donors to focus efforts on areas that will ensure that the largest numbers of people benefit from the use of regulated financial services,” UNCDF said in a statement.

The UN agency said this report will assist the government in developing policy and setting out its priorities for promoting financial inclusion in the short, medium and long-term, and in attracting development partners to assist in specific areas of financial or other need.