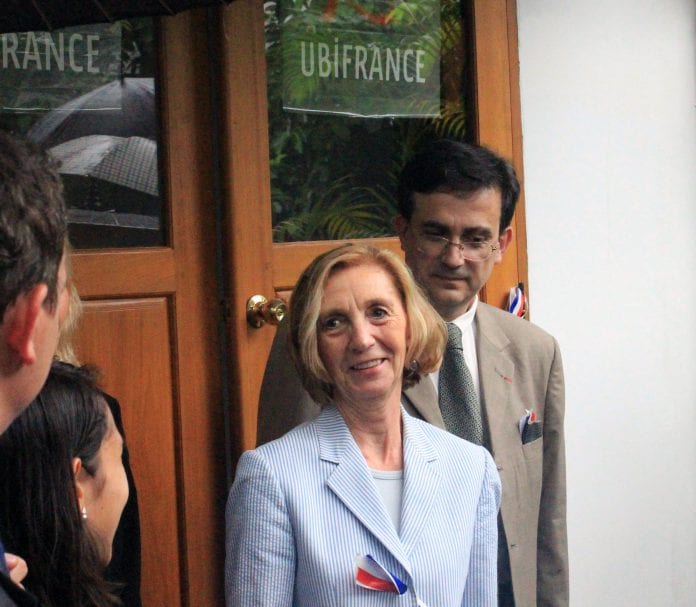 France wrote off 50 percent of the total debt owed to it by Myanmar last week in a bid to “stabilise and develop Myanmar’s economy in line with its reform process.”

Under the January 25 agreement, Myanmar obtained nearly $6-billion debt relief, or 60 percent of the total debt, from the Paris Club creditor countries.

The arrears of the remaining debt of $550 million are set to be repaid in 15 years at an interest rate of 2 percent.

The agreement was signed by Minister for Finance U Win Shein and visiting French Foreign Trade Minister Nicole Bricq on Wednesday last week.

“With the assistance of the IMF, it is expected that this effort will help Myanmar to keep a sustainable financial position and manage its development policies,” Bricq said at a press briefing at the French embassy in Yangon.

In the first five months of 2013, exports from Myanmar to France have grown more than 12 times from €1.5 million to €20.4 million. Exports from France to Myanmar stood at €23.9 million, marking a 275 percent growth.

“These figures are very encouraging for the development of our bilateral trade,” Bricq said.

During Bricq’s visit to Myanmar, both sides discussed France’s investment in Myanmar, financial and monetary matters and cooperation between the two countries.

The French trade minister was accompanied by a group of French companies marking France’s strong interest for developing commercial relations with Myanmar following the lapse of EU sanctions.

During his visit to France, President Thein Sein also stressed the potential for cooperation between both countries.

“Through the EU, the French government has supported the reinstatement of the Generalised System of Preferences (GSP), which allows Myanmar exports to enter Europe without duties or quotas.

“France expects Myanmar to facilitate the access to the Myanmar market for French products and investments, in a sustainable way,” a statement from the French trade commission in Myanmar said.