From Inclusive Development to Equal Prosperity and Long-term Stability 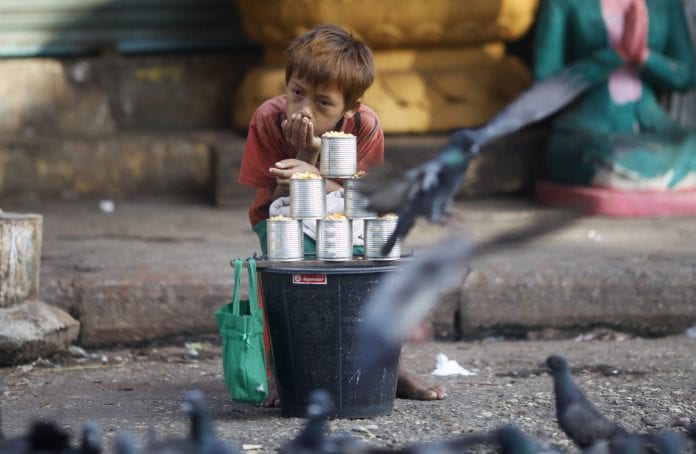 When the EU Chamber of Commerce was launched in the end of this year, one of the major points of discussion was the concept of inclusive development in the country, intertwined with the problems of keeping peace, social inclusiveness, the roles of foreign investment, and the challenges faced by businesses in Myanmar.

The modern Myanmar has been in civil wars for more than half century, the longest in world history and ruled under different forms of government. The country witnessed various types of political and economic systems during that period, from democratic government after independence from Great Britain, to a one-party socialist economy under and military-rule with a very limited economic freedom, leading to an immensely unstable business climate.

Since the political and economic reforms were introduced in 2011, Myanmar is still far from being a stable and peaceful nation with a significant economic development, much less inclusive development, a situation where there is a wide gap in development and prosperity between regions, and growing inequality within regions.

One of the major consequences resulting from this uncertain political and economic situation is that little investment goes to the areas and regions that need it the most. Investors cite main reasons being the ongoing armed conflicts and the lack of basic infrastructure.

To give one example of regarding how armed conflicts affect regional development, three business and development projects of the clients of (this author’s company) Myanmar Business Development Consulting’s customers have been suspended or postponed after the recent fightings in northern Shan state and Kachin state. The weak infrastructure in mountainous regions has also been a major hindrance to both domestic and foreign investment.

While exact statistics are difficult to verify, it is believed the vast majority of domestic and foreign investment is channeled into Yangon and Mandalay, as well as some special economic zones such as Thilawa SEZ and Kyauphyu SEZ where there the level of risk is low.

The gap of prosperity between the urban and rural areas is widening, given the fact that  more young people from rural areas are moving to cities to seek jobs. Another proof of this disparity is in property prices; while one could rent a house in a smaller town for $500 per year, the same house would go for $3,000 to $5,000 per month in Yangon.

Even though the income level of working class has relatively increased by some percentage compared to a couple of years, the living cost has increased as well, keeping low and middle-income people from accumulating savings.

Some of the reasons cited for this gap are the shortage of skilled labour, insufficient investment and financing in SMEs and the lack of comprehensive public policy.

2014, however, saw some initiatives to address this issue from the public and private sectors.

Several private educational organizations were established in major cities to provide both formal and informal education to contribute to development of human resources. In cooperation with some international development agencies, UMFCCI is providing vocational trainings to young people. Yoma Bank announced programs to fund SMEs.

Therefore, in collaboration with the private sector and international development organisations, the government should organise consultation meetings with all relevant stakeholders before drafting and introducing an inclusive development policy and enact relevant laws and regulations, focusing especially on three strategic pillars:

Enhancing the competitiveness of private enterprises, effectively facilitating the distribution of investment that should be equally among the states and regions of the country, and driving growth that is socially inclusive in all regions or areas.

By enhancing the competitiveness of the privately-owned businesses, especially SMEs, Myanmar will become more competitive in global and regional market. When the SMEs become stronger, the salaries of their employees will be increased, leading to higher individual savings that can be used to improve their living standards and skills that could be acquired through private non-formal education.

Second, under this policy, new laws and regulations should be promulgated to give incentives to both domestic and foreign investors to invest in diverse various areas or regions so as to create jobs for locals and reduce domestic migration from rural areas to congested urban cities. This will also contribute to the realisation of the policy. The sectors which are the most profitable are education and basic infrastructure such as international transportation networks.

The third strategic pillar of the policy should be to drive inclusive economic growth by identifying and mapping profitable business sectors in different states and regions. These sectors should be also socially inclusive and contribute inclusive development across the country.

These three strategic pillars and the effective implementation of such policy will enhance the competitiveness of economy of the country as a whole, especially critical with the ongoing international integration of the Myanmar.

According to the terms being often mentioned and discussed at the the launch of EuroChamber Myanmar, if Myanmar is not stable and peaceful, it would not achieve long term sustainable economic development.

Sai Aung Mane was the Project Manager for the first-ever nationwide comprehensive business survey that was conducted by OECD, UNESCAP and UMFCCI in early 2014 and he currently serves as the Managing Director for Myanmar Business Development Consulting.