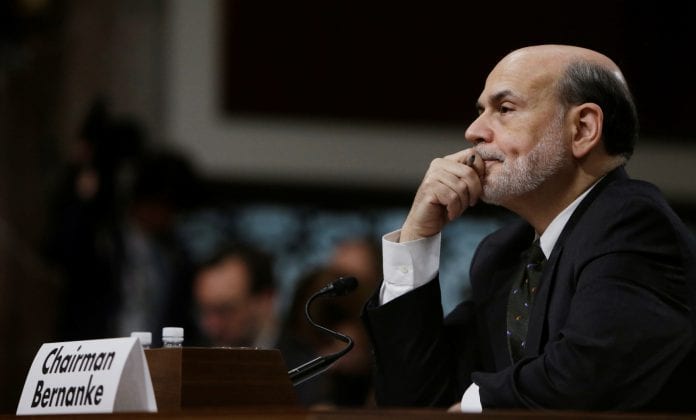 For those of you who don’t know what front running is, it is a practice that is now illegal on most stock exchanges of the world. Basically a floor broker would get a large order to fill for a big wig fund manager to either buy or sell, and he would know that this order alone was large enough to make the market for that stock or other security to move. He would thus buy or sell on his own account first and take advantage of the price movement, and exit his own position with an essentially risk free profit once the large order was filled. Obviously it goes without saying this is not an ethical thing to do and is basically cheating, since you have knowledge none of the other market participants have.

Back when I was a proprietary trader, one of the main techniques we were taught was to try to identify when there was a large seller or buyer in the stock we were trading. They often tried to disguise their buying to prevent pushing the price up on themselves too much, and much like a poker tournament that goes on and on they could sometimes take hours or days to complete a purchase or sale on behalf of a big fund. As a short term trader, identifying successfully when a big purchase or sale was being made and riding on the coattails of the order is a profitable strategy, but a big part of doing it successfully is determining when the order is complete as well. Otherwise you can get caught in a very fast and furious sudden change in direction, with no short term liquidity to get out on.

I have spent some detail explaining the above because on a much larger scale Wall Street as a whole has been essentially front running the largest collective buy order the US markets have ever seen. Knowing that the Fed has been coming in to by $85 billion in treasuries every month, money managers have been steadily buying into risky markets at historically high valuations with the knowledge that the money printed will provide a strong underlying bid to both the stock and bond markets.

Unlike the fund managers who try to hide their cards, the Fed has been very transparent in telling all market participants that not only were they going to buy $85 billion in January, but every month into the future until they felt the underlying economy was on better ground. That time has come, but still many commentators are saying that the current tapering (initially to $75 billion and now to $65 billion per month) is not causing markets to plummet because the stimulus was not in fact the reason markets are where they are.

They ignore the fact that $65 billion a month is still a huge amount of buying taking place. Using the metaphor of front running, the buy order has not completely been filled and the solid bid underneath is not yet allowing the bottom to fall out. However, if the tapering continues at the pace the Fed has given guidance on, it will not be much longer before the most enormous buyer the US markets has ever seen walks away from the table and leaves everyone scrambling for the doors. It has been a great party for many on Wall Street front running the Fed for these last few years, but my guess is that the smart money is already slowly unwinding their larger positions on the remaining underlying bid to the markets before moving onto their next big trade.

Interestingly the IMF is sounding the alarms that European deflationary threats may warrant finding a loophole in the European constitution to allow them to pursue a similar program to the Fed’s QE. Maybe the time is soon coming to front run the ECB? Whatever you do, make sure you have some protection from the end of the US stimulus program as it tapers off this year. We have never seen a monetary experiment on such a grand scale and nobody is really sure how this is going to end.